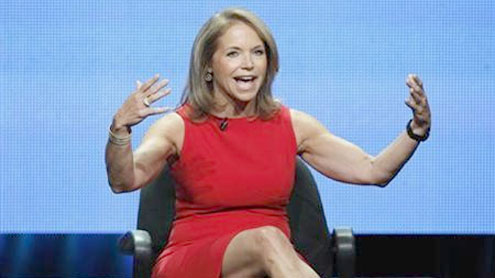 LOS ANGELES: Katie Couric won the battle of the new daytime TV talk shows, scoring the highest ratings for any such debut in 10 years.

“Katie,” the nationally syndicated lifestyle venture from the former CBS news anchor and “Today” show host, crushed the premieres on Monday of Ricki Lake and “Survivor” host Jeff Probst, as well as the one by comedian Steve Harvey last week, according to early Nielsen ratings.

Featuring interviews with singer Sheryl Crow and Jessica Simpson, “Katie” was first in its time period in the top TV markets of New York and Los Angeles, and first or second in the 13 other biggest U.S. cities.Couric’s 2.8 household rating was 250 percent higher than that of Lake, and 150 percent higher than Probst’s. A single ratings point represents 1 percent of the estimated 115.9 million television households in the United States.

Numbers showing how many millions of viewers tuned in will not be available until next week.”Katie,” distributed by Disney-ABC Television, equaled the daytime talk show debut 10 years earlier of TV therapist Dr. Phil McGraw. He launched his “Dr. Phil” show in September 2002.