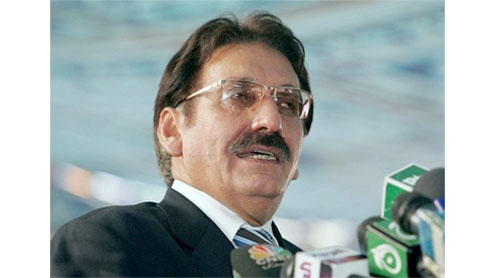 QUETTA: The Supreme Court Quetta Registry resumed the hearing of a petition on the law and order situation and missing persons in Balochistan on Thursday, and expressed resentment that the federal secretary remained absent despite its call.

A three-member bench of the apex court comprising Chief Justice Iftikhar Muhammad Chaudhry, Justice Khilji Arif Hussain and Justice Jawwad S Khawaja, was hearing the petition filed by the Balochistan Bar Association on the law and order situation in Balochistan.During the hearing, Inspector General Frontier Corps Ubaidullah Khattak and Defence Secretary Lt Gen (retd) Asif Yasin Malik appeared before the court but the Federal Interior Secretary did not turn up that irked the judges.

The apex court had summoned Federal Secretary, Interior Secretary and Defence Secretary during the hearing of case on Wednesday.The chief justice questioned if any foreign agents had ever been apprehended, adding that action should be taken against apprehended foreign agents. He said the secret agencies should end their slumber now and act to improve the situation on the ground. Addressing the IG FC, the Chief Justice said that the court did not summon ISI chief as allegations had been leveled against the FC.

He asked the IG FC to admit FC’s failure and submit a statement stating the same.Replying to this, IG FC Ubaidullah Khattak told the court that they did not waste time and had worked hard regardless of time.At one occasion, Justice Khilji Arif remarked 46 Shiites were targeted and killed in six months in Balochistan alone while other provinces have separate toll.The Chief Justice addressed the Defence Secretary and said he has to write two words in the statement that either they have passed or failed in resolving the matter.During the proceedings, the women from Hazara presented the statistics of target killings that took place during 1999-2012.

They apprised the bench that their tribal elders get threatening calls. On this, the Chief Justice questioned what has been done to provide security to the tribes of Hazara.Justice Jawwad Khawaja instructed the government to enlighten the court regarding its steps that who did what.The Supreme Court also directed the defence secretary, the chief secretary, the inspector general police and the FC’s inspector general to submit a joint statement on the issue.Addressing the chief secretary, Chief Justice Iftikhar said that there was a dearth of efficient officers in Balochistan and asked why incompetent officers had not been removed from their posts.

Justice Iftikhar remarked that despite the fact that the court was hearing the case for the past four days, there was zero progress on the issue, adding that, no one was ready to take responsibility in the province.He cited the example of a 16-year-old son of a businessman, who was kidnapped for ransom from the province’s Pishin district 16 days ago, but could not be recovered despite the presence of the deputy commissioner, police and levies.Moreover, Justice Khilji Arif Hussain remarked that everyone was sleeping under a blanket and that no one had any sense of responsibility.He further said that Balochistan was the soul of Pakistan and therefore needed to be stabilised.

Also during the hearing, Bansra Bugti, who was recovered from Dera Bugti and is the brother of missing person Kaho Bugti, recorded statement.He told the court that he and his brother had been detained together, adding that, he had been released whereas authorities were denying having detained his brother Kaho.INFORMATION MINISTRY’S FUNDS FROZEN: Earlier during Wednesday’s hearing of the case, the Supreme Court had observed that the rising incidents of sectarian and target killings in Balochistan were tarnishing the country’s image internationally.

During the hearing of another petition submitted by journalists Hamid Mir and Absar Alam pertaining to the formation of a media accountability commission, the Supreme Court directed to freeze the Information Ministry’s secret fund till the next hearing.Earlier, Hamid Mir told the court and said people in the government were aware of the secret fund and its use. He added that the PPP used to hurl accusations regarding the misuse of the secret fund in 2002 and that the fund was also mentioned in the budget. – Nation

Haroon ready to call it a day

Haroon ready to call it a day