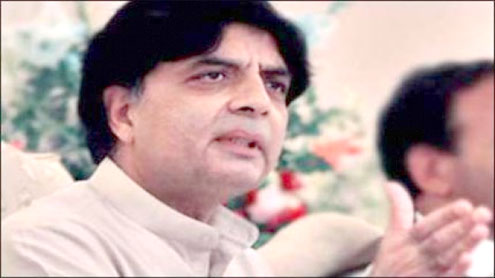 ISLAMABAD: Various representative bodies of journalists and top media people on Wednesday denounced a statement of opposition leader in the National Assembly Chaudhry Nisar Ali Khan that some TV anchors were bribed by the government for pre-poll rigging, urging him to come up with names and evidence.

“We demand of Chaudhry Nisar to disclose the names of individuals and organisations involved in such practice. He should not malign the journalist community on the whole,” said National Press Club President Farooq Faisal, while talking to APP.

He said the opposition leader should not level allegations against the media without any proof, rather he should disclose the identity of those indulged in this unethical practice. He was of the view that all media organisations should hire professionals as per rules and that all newsmen should be paid salaries as provided under the Wage Board Award. “The process of recruitment should be free from nepotism,” he said. – Dailytimes

Playboy lifestyle of a president