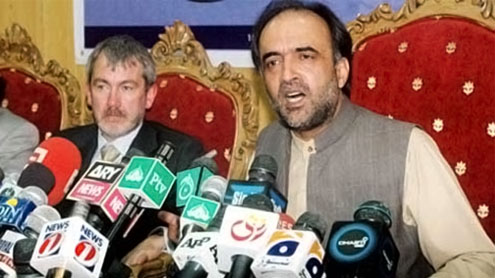 ISLAMABAD: Federal Minister for Information and Broadcasting Qamar Zaman Kaira on Tuesday night said that Pakistan Muslim League–Nawaz (PML-N) was creating hurdles in the creation of new provinces in Punjab.

He said that it was stressed in Punjab Assembly’s resolution that the federal government should immediately form a national commission for the creation of new provinces.Kaira said that Leader of the Opposition in Senate Ishaq Dar nominated Malik Muhammad Rafiq Rajwana for the commission, but later PML-N withdrew his name from the commission’s membership.He said that Punjab Assembly on May 9 approved two resolutions regarding revival of Bahawalpur province and creation of a new province called South Punjab Province, which were tabled by the PML-N in the assembly.

He said that if any other provincial assembly approved a resolution regarding the creation of a new province, the same commission would decide about it.Kaira said the Punjab Assembly had demanded that the commission should look into the issues relating to the fair distribution of economic and financial resources, geographical demarcation, allocation/re-adjustment of seats in the National Assembly, Senate and the provincial assemblies concerned, including seats of minorities and women, and other constitutional, legal and administrative matters. – Dawn