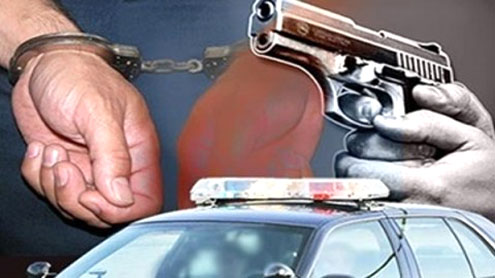 KARACHI: Different violent incidents in the city claimed at least five lives, police said Monday. According to details, a tortured dead body was found from Landhi near Murtaza roundabout; the deceased was reportedly killed in firing.

Another dead body, stuffed in a gunny bag, was found from Maripur Road in Lyari near Crown Cinema. The man was kidnapped before he was shot dead.A dead body was also found from the sea side near Rehri Goth. A political worker, Rafique, who was injured earlier, succumbed to his injuries and passed away. The news of his death caused tension in the area.Unidentified men killed a man, named Haji Shakoor, in the area of Memon Goth. Police sources claimed that the deceased was a criminal and his death was result of the personal enmity.

Authorities have tightened up the security in the volatile areas. Extra Rangers and Police troops have been deployed there.6 killed in clashes between two tribes : At least six people were killed wherein three were burnt alive in clashes between two rival groups near Pir Jo Goth on Monday evening.According to details, a score of armed persons belonging to Narejo community with sophisticated weapons attacked village Bindo Kalhoro in Katchha area of Indus river with rocket launchers and other weapons.

The village is situated in the jurisdiction of Abdul Rehman Unnar police station. Resultantly, the houses of the village were completely burnt. Three people died in firing while three others were burnt dead and several injured in the clash.Those who died were identified as Ehsan Ali Kalhoro, Waheed Ahemd Kalhoro, Sajid Ali Kalhoro, Weengus, Zainulabidin and Rajab Ali Kalhoro.The cause clash is stated to be old enmity between Kalhoro and Narejo community. On receiving information, a heavy contingent of police was deployed at key places to control the situation, said police According to villagers the clash is continuing and both groups are firing upon each other. – PT

KP cabinet meets Over 5,000 employees to get back job after 14 years