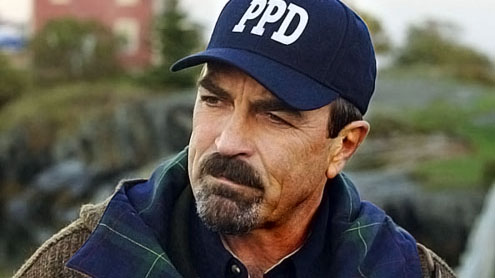 Tom Selleck sports grey hair in his TV show because he wants to ‘radiate dignity’.

The 67-year-old actor plays NYPD Police Commissioner Frank Reagan in the police drama Blue Bloods. Tom insists his locks are still naturally dark, but he agreed to go lighter to highlight his character’s wisdom and experience.’I am lucky to still have my natural colour,’ he told German newspaper Hamburger Morgenpost. ‘But as police chief I had to radiate dignity so I went grey for the camera.’

Tom, who has also appeared in TV shows including Friends and Magnum, P.I., is famed for his impressive moustache. The facial hair has attracted admirers all over the world and Tom is hugely proud of it.He says his wife Jillie Mack would be devastated if he ever decided to ditch the moustache.’Otherwise I would have had to shave it,’ he replied when asked if he also dyes his facial fuzz for his TV role. ‘And my wife is strongly against that. If I do that, she is going to leave me!’ – MSN