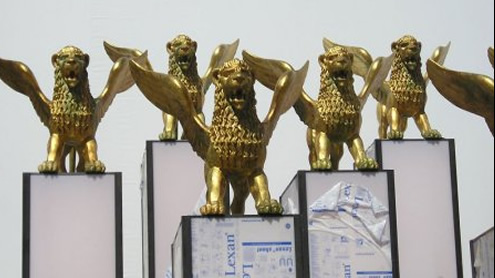 Hollywood veterans will brush shoulders with up and coming starlets and auteurs in Venice starting on Wednesday for the film festival in which women directors are set to take centre stage.

Robert Redford will fly in for the first time to the world’s oldest movie festival, where Terrence Malick’s ‘To The Wonder’ and Paul Thomas Anderson’s ‘The Master’ will be among the 18 films vying for the Golden Lion prize. Women directed a total of 21 of the 52 films being shown and there will be a particular focus this year on the economic crisis gripping the Western world, the Arab Spring revolutions and the theme of religious fundamentalism.

Music is also on the menu with Spike Lee’s hotly anticipated ‘Bad 25’ documentary about pop icon Michael Jackson and Jonathan Demme of ‘The Silence of the Lambs’ fame with his homage to Neapolitan crooner Enzo Avitabile. “A festival should not just be a catwalk for celebrities,” festival director Alberto Barbera told reporters in Rome last month as he unveiled the line-up. “Festivals should revert to their original roles of exploration, of scoping out innovation, instead of relying only on established producers,” he said. Barbera said he had “taken risks” with a mix of “established directors and many unknown young directors from countries without cinematic traditions”. The first edition of the festival was held in 1932 on the terrace of the glamorous Excelsior Hotel on the Venice Lido and featured movies of some of the best-known directors of the time like Frank Capra and Howard Hawks. -Dailytimes