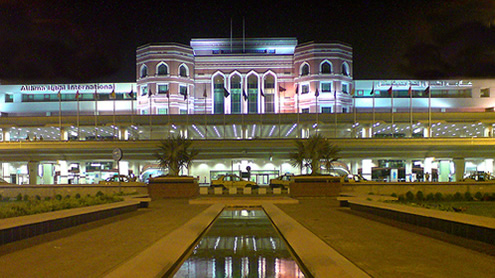 ISLAMABAD: Locally developed Integrated Border Management System (IBMS) will replace the Personal Identification Secure Comparison and Evaluation System (PISCES) at the Allama Iqbal International Airport today (Saturday), in order to secure the data regarding people entering and leaving the country as opposed to using a foreign software and database.

National Database and Registration Authority (NADRA) has been assigned the task to develop and commission IBMS to replace PISCES at 26 entry-exit points across the country including all international airports, land routes, railway stations and seaports for immigration processing. IBMS is an indigenously developed system designed to replace the US-originated PISCES system with many new additional features. The system has been designed and tailored specifically as per immigration laws of Pakistan. This helps prevent illegal entry, use of counterfeit documents, human smuggling and other travel frauds.

The US provided Pakistan and 16 other countries including Afghanistan, Iraq and Yemen the PISCES in 2002 as part of its Terrorist Interdiction Programme to enable immigration and border control officials to document and identify people exiting and entering the country. The FIA later decided to phase out PISCES and replace it with the IBMS, which cost Rs 421 million. The IBMS software allows features missing in PISCES such as the integration of biometric data and giving access to visa-issuing authorities.

With the induction of this system, a centralised databank is available for all stakeholders for provision of traveller information, access to Machine Readable Passport (MRP) and NADRA databases to further authenticate the travel documents; thus helping in eradicating the menace of illegal travel documents, human smuggling and entry-exit of undesirable elements. IBMS data will be available to intelligence agencies, who will have read-only access so they cannot manipulate the data. -Dailytimes