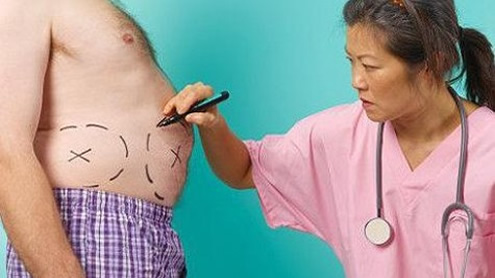 Treating obese people with weight loss surgery dramatically delays or prevents the onset of type 2 diabetes, according to a new study.

‘We saw a marked delay (in the development of diabetes) over 15 years,’ said coauthor Dr. Lars Sjostrom of the University of Gothenburg in Sweden. ‘Some of those surgical patients will probably develop diabetes later. But over a lifetime, there will be a large difference.’ Among the 1,658 volunteers who received surgery, mostly stomach stapling, the risk of developing diabetes was about one in 150 per year. The 1,771 people in the control group who received standard care had a risk four times higher: one in 35 per year.

‘Most of the previous studies on bariatric surgery have focused on the remission of diabetes. This study is more about preventing diabetes,’ Ted Adams of the University of Utah, who was not connected with the research, told Reuters Health. The improvement was seen even though the people who underwent surgery initially had a higher risk of developing diabetes than those in the control group. ‘If anything, the surgery group was a bit heavier and had more risk factors than the control group at the start of the study, and still the outcome at 10 years and 15 years was much more favorable in the surgery group,’ Sjostrom told Reuters Health. ‘It’s favorable in spite of these differences.’

The team, which reported its results in the New England Journal of Medicine, also found that a person’s starting body mass index – a measure of weight versus height – did not predict whether patients would develop type 2 diabetes. Blood sugar levels at the beginning of the study, before surgery, were better indicators. Sjostrom said a similar effect has been seen in earlier studies looking at the impact of the surgery on rates of heart attack, stroke, cancer prevention and overall mortality.

As a result, ‘it may be time to give less attention to the degree of obesity when patients are selected for bariatric surgery,’ he said. About 285 million people worldwide have type 2 diabetes and people with severe obesity have the highest risk. More than one third of US adults are obese. About 220,000 people had bariatric surgery in 2009, according to the American Society for Metabolic and Bariatric Surgery (ASMBS). Surgery costs range from about $11,500 to $26,000.

In a Journal editorial, Dr. Danny Jacobs of Duke University School of Medicine in Durham, N.C., said, ‘it remains impractical and unjustified to contemplate the performance of bariatric surgery in the millions of eligible obese adults.’ But the results may help doctors understand why the various types of surgery work and pick out the best candidates for the operation, he said. Sjostrom said more studies are needed and a cost analysis of the pros and cons of surgery, now underway, could be published in a year or so.

‘It may turn out that this is very cost-effective,’ he said. ‘You might even save money if you operate on patients with impaired fasting glucose because if you operate on 13 such patients, you prevent diabetes in 10 of them.’ Dr. Jaime Ponce, president of the ASMBS, said the study is more evidence that being overweight is important for the development of diabetes. ‘It means anybody who is overweight, they need to start treatment, although not everyone needs surgery,’ he told Reuters Health. The first step is nutrition counseling, diet, exercise and, possibly, medication. ‘If you fail on all those things, before you get sicker, you need to think about surgery.’

Three patients died within 90 days of their surgery, and between two to five percent each had either lung complications, vomiting, infections, bleeding or a blood clot. Ponce said the procedure is ‘as safe as gall bladder surgery.’ The link between obesity and diabetes is well documented, and making lifestyle changes or taking weight-reducing drugs can cut the risk of diabetes by 40 to 45 percent. The new study, part of the larger Swedish Obese Subject study, was designed to see if the surgical weight loss would have the same effect. None of the patients included in the test had diabetes when the project began in 1987. Participants chose whether or not to have surgery, and enrollment ended in February 2001. Stomach stapling was the most common procedure (69 percent), followed by gastric banding (19 percent) and gastric bypass (12 percent).

In the surgery group, the average weight loss at the 10- and 15-year mark was 20 kilograms, or 44 pounds. The non-surgery group – which received standard care consisting of recommendations for healthier eating and more physical activity – stayed within three kilograms (seven pounds) of their starting weight. ‘This is simply additional information that can help a patient and clinician regarding whether to have the surgery, as they weigh a number of factors,’ said Adams. ‘Preventing diabetes is really a meaningful contribution to the long-term quality of life.’ -khaleejtimes