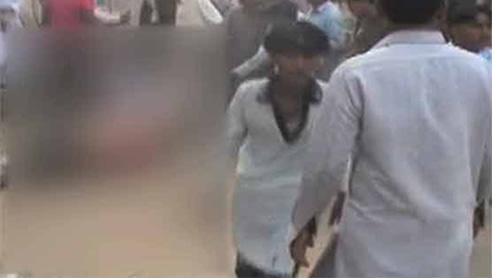 In horrifying incident, a young man was lynched while another was critically wounded by a mob.

According to reports, the angry residents beat up the two youth with sticks. Police and hundreds of other residents remained silent spectators as the mob attacked the youth.  “We are investigating the whole affair and the culprits will be arrested soon,” DPO Sangar said when contacted by Media.-dunyanews