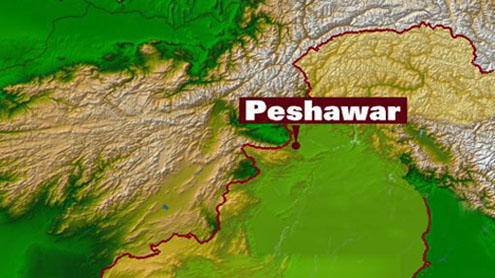 PESHAWAR: The execution of Rs14.7 billion foreign-funded project meant to rehabilitate roads and bridges in flood-affected parts of Khyber Pakhtunkhwa is set to get underway in full swing soon, according to officials.

Approved by the Executive Committee of National Economic Council in May 2011, the roads component of Japan International Cooperation Agency funded project experienced hiccups after a group of local contractors resorted to agitation, crying foul against the project management unit.The reconstruction of roads, said an official, had experienced problems as a group of 13 contractors, who participated in the prequalification of bids, obtained a stay order from the court of senior civil judge, Peshawar. They went into litigation after their bids were cancelled and the authorities awarded the contract on the basis of post-qualification of bids, added the official, privy to the matter.

JICA and the government of Pakistan signed a loan agreement in February 2011 under which the agency will provide Rs14.59 billion for the rehabilitation and reconstruction of roads and bridges affected by super floods of July 2010 in Dera Ismail Khan, Malakand, Peshawar, Mardan and other areas of Khyber Pakhtunkhwa.The government will pool Rs100 million as counterpart funding to execute the project, according to an official.A total 120 kilometres of provincial highways, 399 kilometres of rural access roads, and 2,055 metres of bridges would be reconstructed and rehabilitated.

While rehabilitation of some bridges has been commenced, work on roads experienced delays due to procedural obstacles created after the contractors sought remedy from the court, hurling accusations against the project authorities.The agitating contractors, said the official, went into litigation in June 2012 after the competent authority rejected their tenders on the ground that they allegedly made a pool and quoted rates far beyond the 10 per cent permissible limit.“They asked for 50 per cent over and above the Khyber Pakhtunkhwa government’s composite schedule rates, 2009, meant for projects involving construction and civil works,” said an official.

The official said that their bids could not have been accepted because the rates they offered were beyond the authority of project management to approve, making the authorities to opt for ‘post-qualification’ of bids methodology.Later, the senior civil judge also dismissed the agitating contractors’ case on July 2, 2012. However, the litigants filed their complaint with the District and Sessions Court that, too, did not grant them even temporary relief while holding preliminary hearing into their case on July 5, 2012, providing a breathing space to the project management to go ahead with its plan to invite and open new bids under the ‘post-qualification’ methodology.

In the meantime, according to an official, the secretary Communications and Works Department constituted a two-member committee to investigate the matter and examine the validity of disgruntled contractors’ charges against the project management unit.An official privy to the matter said that the committee in its report had After initial hiccups Rs14bn roads, bridges project gets underway exonerated the project authorities of the charges. It declared as lawful the project management’s decision to apply ‘pre-qualification’ and ‘post-qualification’ methodologies for identifying eligible bidders, terming it in line with the JICA guidelines.

“The comparative summary of both the biddings held on ‘pre-qualification’ and ‘post-qualification’ basis reveals a higher tender cost of Rs263.5 million which was not allowed by the project director,” the official quoted the inquiry report as having mentioned.After initial hiccups the reconstruction work would shortly commence as the technical bids were opened on July 5, 2012, in the presence of bidders and in an effort to ensure transparency the bid documents had been handed over to National Engineering Services Pakistan for evaluation. Similarly, the financial bids were opened on July 9, 2012, and were subsequently handed over to NESPAK for comparing and evaluation.Subsequently, contract for the execution of a couple of roads projects in Mardan and Peshawar had been awarded, paving the way for rehabilitating roads devastated by floods two years ago. – Dawn