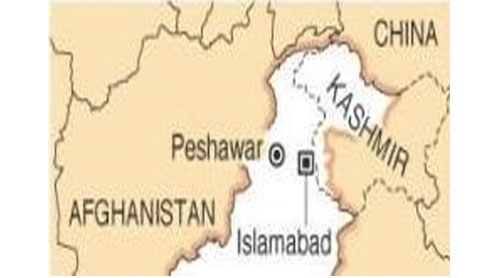 PESHAWAR: Three detained militants and two soldiers were killed in a shootout at a detention centre in the garrison area in provincial metropolis on Monday night, sources said.

They said that the detained militants overpowered the sentries at a detention centre in R.A Bazaar near Corps Headquarters.The detained militants snatched guns from the guards and fired at them before escaping from the compound, they added.Sources said that two guards received injuries in the firing. The injured soldiers later succumbed to their injuries, they added.

They said that other guards, taking position at the observatory towers, fired at the fleeing militants. All the three fleeing persons were killed on the spot, they said. The names and identities of the deceased could not be ascertained.The residents of the area said that two low intensity explosions were also heard in the vicinity. However, officials of Eastern police station expressed ignorance about the incident and said that no FIR was registered till Tuesday evening.Army troops cordoned off the Cantonment area after the incident and launched extensive search operation, which continued till late night. All roads in the red zone and its surrounding localities remained closed to traffic till late night.

About two years ago, militants had snatched weapons from guards at a detention centre in the Cantonment area, however, they were overpowered by the security forces.In Bajaur Agency, two pro-government tribal elders were killed and as many members of a peace committee received injuries in two separate incidents.In the first incident, unidentified armed persons shot dead two pro-government elders, Malik Khan Mohammad and Malik Islam Khan, in Shah Khani area of Nawagai tehsil on Monday night.Both the elders were at their homes when the assailants attacked them with automatic weapons.

Scores of local people and peace volunteers rushed to the area immediately but the attackers managed to escape, Izhar Khan, a member of Charmang Peace Committee, Media.The residents of the area said that both the deceased elders had played vital role in elimination of militants in the area. “Both of them have no personal enmity with anyone. They were receiving threats from unidentified persons for the last several months,” they added.No group claimed responsibility for the killings, however, local people pointed finger at militants.

The administration launched investigation into the incident and arrested several persons in the area during a search operation.Also, Malik Najeebullah Khan, a senior member of Mamond Peace Committee, and his driver were injured when a roadside remote controlled bomb, planted by unidentified militants, went off in the border area of Gardi Bagh on Tuesday morning.Eyewitness said that Malik Najeeb was going to Khar in his car when a roadside bomb exploded with a big bang. The residents of the area and members of peace committee rushed to the site and shifted Malik Najeeb and his diver Fateh Khan to agency headquarters hospital in Khar for treatment.Hospital sources said that both the injured were in critical condition. – Dawn