‘Imran emerges as most popular leader’ 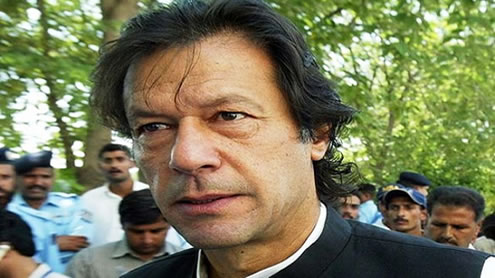 Pakistan Tehrik-e-Insaaf (PTI) chief Imran Khan is the most popular leader of the country, a recent survey carried out by Global Attitudes Project of the prestigious Pew Research Centre said.

According to the survey released to the media, Imran’s popularity increased by 18 percentage points over the last two years especially among the youth of Pakistan. The survey indicated that 70 per cent of the Pakistani respondents offered commendable words for the PTI chairman. The survey also indicates that PTI’s stand on drone attacks and the war on terror may be the reason for Khan’s increased popularity as he had been a vocal critic of the drone attacks by the US in Pakistan’s tribal areas.

Nearly 87 per cent people consider unemployment and crime to be the major problems for the country, 86 per cent think terrorism is the major threat while 78 per cent are worried about the current political leaderships.-Khaleejtimes

Turn to God for help in all matters: Scholar

Turn to God for help in all matters: Scholar