Petroleum prices go up by Rs 7.67 per liter 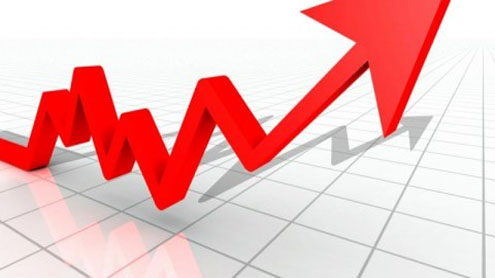 LAHORE: Following frequent hikes in electricity tariffs for load shedding-marred citizens, the government took away the little ease motorists enjoyed for a month by raising POL prices on Tuesday, approving a raise of up to Rs 7.67 per liter for the next 15 days until August 15.

The price of petrol has been increased by Rs 7.66 per litre, diesel by Rs 4.58 and HOBC by Rs 7.64 per litre. Kerosene oil has gone up by Rs 4.64 per litre.A hike in CNG price is also likely to follow and a raise of between Rs 6 and Rs 7 per kilogram in expected in Region I and II. The new prices will come into force after midnight Wednesday. In June, the government had provided a major breather to motorists by slashing POL prices by up to Rs 11.75 per litre. Back then, the price of petrol had been lowered by Rs 10.46 per litre, High Octane Blended Component (HOBC) by Rs 11.75 per litre, kerosene oil by Rs 5.26 per litre, High Speed Diesel (HSD) by Rs 6.08 per litre, and Light Diesel Oil (LDO) by Rs 5.02 per litre.

Besides POL prices, a major cut in CNG prices had also been notified, with a Rs 4.82 per kg cut for Balochistan, Khyber Pakhtunkhwa and Potohar, and a Rs 4.37 reduction for Sindh and Punjab. Although many had called the unprecedented reduction an election stunt and attempt to gain political mileage, the people had generally welcomed the much needed fall in price of some commodity. However, it was not the end of the people’s joys, as the government again issued a notification on June 30 for reduction in POL prices by up to Rs 6.44 per litre and CNG prices by Rs 4.59 per kg.

Petrol had fallen by Rs 5.02 per litre to Rs 84.49, while the diesel price plummeted to Rs 97.21 a litre. But the merriment did not last long. The falling trend of POL prices was reversed on July 15 when the government raised the price of petrol by Rs 1.41 per litre and that of CNG by Rs 1.29 per kg. People had been expecting the meager raise in prices to not last long and come down eventually, citing the government’s troubles at several fronts, especially the power crisis.

People on the street believed the government would keep POL prices low to gain a direct applause from the masses, who have otherwise been subjected to one crisis after the other ever since the PPP took the government’s reins. But Tuesday’s raise came as a major disappointment for the people, who have already been protesting against rising electricity tariffs and chronic load shedding while fasting during the holy month of Ramadan. – PT