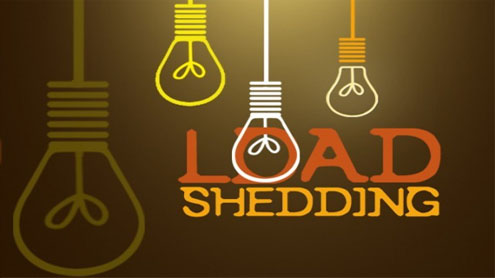 “We can go to every extreme let alone leave the federal government if measures are not taken to put an end to unabated power outages in Khyber Pakhtunkhwa,” he told a news conference here.He said ANP strongly felt that the provincial government should be given the right to control distribution and supply of electricity produced in local power stations.The minister said his province produced more than 3,800 megawatts, which was far beyond the needs of locals. He said the provincial government had initiated work on setting up 24 hydel power stations in different parts of the province with an accumulative power generation capacity of 2,100MW.

“These units will be ready in the next five years,” he said.Mr Hussain said the province’s total electricity consumption requirements stood at 3,129MW against which it was being supplied 1,554MW only, which was unjust and had been creating problems for locals.He said Wapda had unleashed discriminatorily long hours of loadshedding in the province. “Khyber Pakhtunkhwa’s share comes to 17 per cent out of the national electricity load management plan chalked out for the whole country, but the province had been subjected to discrimination,” said the provincial minister.

He said ANP could not tolerate the situation anymore and would be compelled to withdraw its support to the federal government if practical measures were not taken to cut the number of loadshedding hours in Khyber Pakhtunkhwa.Referring to recent riots induced by power outages in different parts of the province, he said people’s temperament should not be tested by registering cases against the protesters. He said registration of cases would cause provocation among people who, he added, had already been pushed to the wall due to prolonged hours of loadshedding.The minister said the Islamabad-based decision makers had no concern about people’s problems otherwise they would have acted to redress power outages across the country.

“ANP is of the view that President Asif Zardari and Prime Minister Pervez Ashraf should leave all other issues and attach top most priority to resolve energy crisis in the country,” he said.Mr Hussain said the federal government should divert all available monetary resources to purchase oil for power generation. He said the country had a total power generation capacity of 22,000MW against which it was producing electricity only up to 50 per cent of the  installed capacity.“General public is suffering as the government is unable to clear circular debt payable to oil companies,” he said.

The minister also criticised the Water and Power Development Authority saying it knew well how to earn money but when it came to service delivery, it had proved to be a big disaster.He said Wapda’s electricity distribution system in Khyber Pakhtunkhwa was flawed and its distribution lines were redundant, causing losses.Mr Hussain criticised the newly-appointed chief executive of the Peshawar Electric Supply Company for his reported remarks about higher percentage of electricity theft in Khyber Pakhtunkhwa.

“Such statements can aggravate the situation and hence, one should avoid playing with the people’s sentiments,” he said.The minister also criticised the federal government for trying to take control of education department after transferring it to provinces under the 18th Constitutional Amendment.“It’ll pose a threat to the country’s sovereignty as it is a violation of the unanimously adopted 18th Amendment,” the minister said. – Dawn