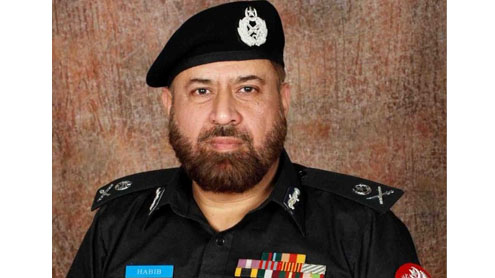 LAHORE: Keeping in view the law and order situation in the province, sectarian and religious factors and shortage of police strength, Police Punjab Inspector General (IG) Muhammad Habibur Rehman has reinstated all the policemen who were suspended under the Punjab Employees Efficiency, Discipline and Accountability Act, 2006.

The officials involved in corruption, or against whom disciplinary proceedings were initiated in compliance with the court orders, would not be reinstated.Separately, SP (Mujahid) Capt (r) Romail Akram has suspended two assistant sub inspectors (ASIs) and a head constable for dereliction of duty on police pickets, on Thursday.

The suspended officials are ASIs Iqbal and Ameer Ali, and Head Constable Sajjad Akbar.
The SP (Mujahid) directed all the Mujahid Squad officials to strictly act on the security plan. He further ordered them to be vigilant around mosques during sehr and iftar. He also directed 15 operators not to leave the operator booth even during sehr and iftar so that the citizens may avail the facility round-the-clock.

Meanwhile, the Lahore capital city police officer (CCPO) has canceled the leaves of traffic wardens for the smooth flow of traffic during Ramazan.On the directions of the CCPO, additional wardens were deputed on busy arteries and chowks so that the people could reach their homes before iftar. Under the supervision of two DSPs, inspectors and traffic wardens have been deputed in two shifts around 25 Ramazan Bazaars in the city. Traffic wardens were directed to keep an eye on suspicious activities during their duty. The City Traffic Police have appealed to the citizens to visit city traffic website www.rasta.pk for help and contact the help line 042-1915. – Dailytimes