No compromise: Lashkari Raisani rules out possibility of rejoining PPP 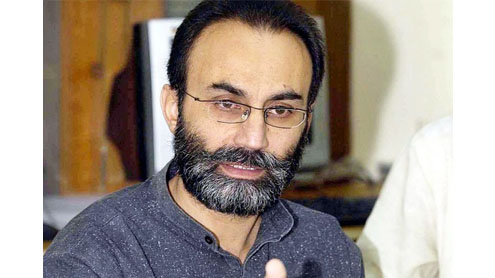 QUETTA: Former Balochistan PPP President, Haji Lashkari Raisani, has ruled out the possibility of his return to the Pakistan Peoples Party (PPP).

Rehman Malik, adviser to the prime minister on interior affairs, had failed to woo back Lashkari Raisani in a meeting held earlier this month during PM Pervaiz Ashraf’s visit to Quetta, sources close to the Baloch leader said.The PPP leadership had assigned the job to Rehman Malik to bring back Haji Lashkari, younger brother of Balochistan Chief Minister Nawab Aslam Raisani, they said.

Now the top PPP leaders have selected Senator Sabir Baloch, Deputy Chairman of the Senate, to talk to Raisani. Raisani told a newsman that he will offer Baloch a cup of tea and see what message he brings from the top PPP leadership.PPP needs the services of Raisani in the upcoming elections as he has a populist approach to Balochistan politics and he is highly respected for his recent principled stand on Balochistan entanglement.Sources close to Lashkari said that he had resigned from the PPP post and the Senate seat as he wanted the provincial government of Balochistan to be accountable to the provincial hierarchy of the party for its conduct. He was fed up with the level of administrative anarchy and the allegations of mass corruption.

On the contrary, Balochistan Chief Minister Nawab Aslam Raisani was of the view that it was not possible, as he is heading a coalition government and not a PPP government.Lashkari Raisani also had reservations on the law and order situation and he had been demanding complete withdrawal of Army and paramilitary forces and end to all military actions in Balochistan which was “contemptuously ignored”, the sources claimed.Lashkari Raisani received some messages from top militant leaders about a possible negotiated settlement of Balochistan for which he had approached the PPP leadership. He received a cold shoulder from the top leadership which left him disappointed.

Lashkari passed on the word to Malik who misquoted the whole message and said that Baloch militants were willing to surrender. This flared up Lashkari. It was the breaking point and a complete frustration of his efforts to find a political solution to the imbroglio, he had told newsmen recently.Afterwards, he opted isolation and finally resigned from the party post and also the Senate seat. He told a newsman that he will not take the Senate salary for not delivering anything to his people. – Tribune