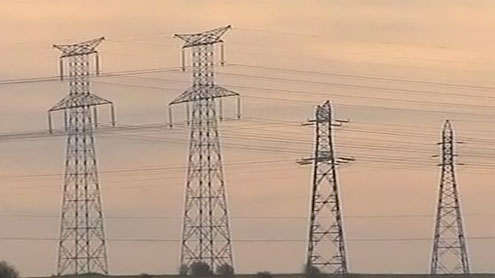 ISLAMABAD: While the uncontrollable and prolonged load shedding in the holy month of Ramadan continues unabated with protests in many cities across the country turning violent, one of the ruling party PPP’s ministers took an extreme step on Tuesday by taking hostage the staff of National Power Control Centre (NPCC) as a mark of protest against prolonged load shedding in his constituency.

According to reports, Minister of State for Defence Sardar Saleem Haider, who has been elected from NA-59 constituency situated near the federal capital, went to NPCC situated in Sector H-8 on Tuesday afternoon to inquire about the reason behind 20-hour load shedding in his constituency. The centre is responsible for making and executing the schedule of load shedding in the country.

The situation has not been helped by the energy shortfall in the country that has reached 454o MW. In Lahore, along with other cities, power outages have been increased to 12 hours while in rural areas it has reached to 18 hours.The minister, accompanied by the people of his constituency, after unsatisfactory response from the general manager took the whole staff of the centre hostage.

PM’s principal secretary after getting information about the incident immediately contacted Sardar Saleem Haider and requested him to release the ‘hostages’ but he refused. Later on, on the request of Federal Minister for Water and Power Chaudhry Ahmed Mukhtar, Saleem Haider released the ‘hostages’ after more than two hours.Saleem Haider justified his act by saying that he was left with no other option as the prolonged load shedding in Ramadan had damaged PPP’s reputation. He said he didn’t care for the consequences of his act.

Meanwhile, the protesters in many cities once again took to the streets and turned violent in many cases. Lahore, Gujranwala, Faisalabad, Multan, Rawalpindi and many towns saw protests that seem to have become a routine matter for the authorities. The protesters damaged public and private property while burning tyres along with usual chorus of chanting slogans against the government. – PT

Govt to establish committee for finalising caretaker set up

Govt to establish committee for finalising caretaker set up