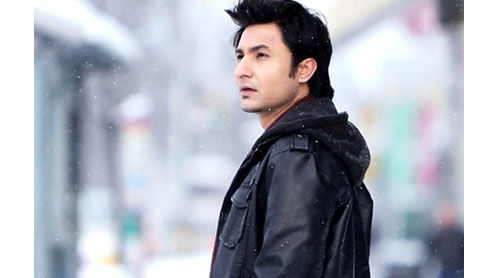 KARACHI: If you’re busy savouring succulent chaunsas and langras, a new namesake TV series will give you another reason to smile.  With the release of the first four episodes of the first season, “Mangoes” has developed its own cult following on Youtube as its popularity increases daily on the social media front.

Telling the tale of young people from South Asian — with some characters living in their home countries and others abroad — the story epitomises the potential of the young generation of this region by depicting them as unique and striking individuals. Set in Toronto, the series is impeccably shot, the screenplay well-written and the humour not forced at all; making it the complete entertainment package for Pakistanis and desis living abroad.

“The story has a western narrative with eastern sensibilities; perhaps that’s why it is resonating well with the audience at large,” Adeel Suhrwardy, the co-writer of the series told The Express Tribune.The series stars Adeel Suhrwardy, Khurram Suhrwardy, Maha Warsi and Jessica Seigner as the lead roles and is being produced by Suhrwardy Brothers (SB) productions. Apart from its appealing narrative, the series also incorporates the comeback of the legendary singer Alamagir along with Kristie Yung for a brilliant version of the song “Keh Dena”.

The TV series was launched at the International Fashion Festival Toronto at the grand finale where Canadians, Indians and Pakistanis were present in the audience. The cast of “Mangoes”, along with Alamgir, were present on stage to unveil the project together.“‘Mangoes’ will always be a special project for us,” says Adeel. “Sir Alamgir agreed to our request and made a comeback to the music scene after 16 long years of absence,” he added. “We usually celebrate our legends after they are no more, but when we do have people like Sir Alamgir amongst us, it is our responsibility to be with them in their hour of need,” he said.

For now, the series is being aired on a Canadian TV station and is also available to viewers online. Suhrwardy said he is looking forward to airing it on a Pakistani TV channel, adding: “That’s like playing on home ground.”“Mangoes” has also received letters of support from Parliament Hill in Canada as it promotes the multi-cultural fabric of our world and highlights Canadian, Chinese and South Asian talent by promoting dialogue between people of eclectic backgrounds.

The kind of response that “Mangoes” has received in Pakistan serves as a beacon of hope for the many young writers and directors chasing TV channels to broadcast their work. This also goes to show that YouTube can be capitalised for more than just viral videos; if a bilingual series like “Mangoes” can get such a good response, then anything more colloquial which focuses on a purely Pakistani audience will do even better.

The second season of the series is currently under production and should be ready to air once the filming of the first season is completed. Alongside the great response that “Mangoes” has received, Suhrwardy said he was grateful to celebrities and media houses for raising awareness for Alamgir’s kidney transplant. – Tribune

No compromise: Lashkari Raisani rules out possibility of rejoining PPP