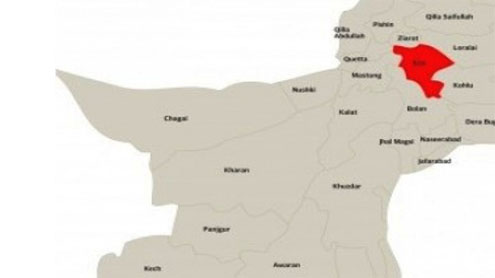 ISLAMABAD: The Federal Cabinet on Wednesday formed a committee on Balochistan under the Minister for Defence which will present its report on the law and order situation in the province within seven days.

The Minister for Information and Broadcasting Qamar Zaman Kaira briefing media persons on Wednesday that the Cabinet discussed the law and order situation in Balochistan in detail and the committee was set up. Along with the Minister of Defence, it would consist of Ministers for Law and Justice, Information and Broadcasting, Postal Services and Science and Technology, and Advisor to the Prime Minister on Interior.

MoU with US for Nato cargo

Kaira said that the Cabinet had approved a Memorandum of Understanding with the United States for the transit of US cargo to and from Afghanistan through Pakistani territory.He said the Secretary Defence informed the Cabinet that all stakeholders have been consulted for the finalisation of the MoU in the light of recommendations of the Parliamentary Committee.

Import of petroleum products from India

The Prime Minister told the Cabinet that in his meeting with Afghan President Hamid Karzai, the long overdue demand of Pakistani business community of multiple entry visas had been accepted by the Afghan government.Kaira said that the move would facilitate the visit of Pakistani businessmen to Afghanistan and enhance trade relations between the two countries. – Tribune

Tags: Federal Cabinet committee on BalochistanMoU with US for Nato cargo
Previous Post