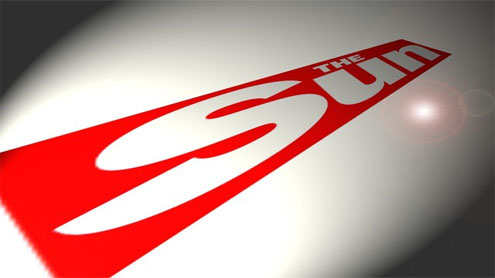 SLAMABAD: Pakistan’s government has launched a counter-offensive against a British tabloid that ‘uncovered’ the ‘London Olympics visa scam’ after investigations into the issue apparently showed that the story was fictitious.

Terming the story “propaganda,” the federal cabinet decided on Wednesday to file a lawsuit against the daily paper, The Sun, in British courts. A meeting, presided over by Prime Minister Raja Pervaiz Ashraf, approved the decision to sue the newspaper for publishing the report based on assumptions, said a source, adding that Pakistan will seek Rs10 billion in damages.

Though the cabinet has directed the Federal Investigation Agency (FIA) to halt investigations in light of its decision to file the lawsuit, Information Minister Qamar Zaman Kaira said the inquiry will continue as evidence collected by FIA will help strengthen Pakistan’s case.In his address to the media, Kaira leveled strong criticism against The Sun and turned the tables on the paper by questionings its ‘credibility.’ He added it was surprising how the newspaper did not know that NADRA has nothing to do with issuing passports.

Athletics Association Pakistan’s Secretary Khalid Mehmood also presented the record of the 38 participants due to take part in the 2012 summer games to the FIA. The investigation agency, meanwhile, has decided to release all the suspects detained earlier.The government, however, has asked FIA to put together a complete profile of Lahore-based politician Abid Chaudhry, who, The Sun claims, is the mastermind behind the alleged scandal. The tabloid accused Chaudhry of smuggling people to London under the garb of Pakistani officials in exchange for a payment of Rs1 million.

The decision to file a lawsuit came soon after NADRA Chairman Muhammad Tariq Malik briefed the cabinet. Malik, who appeared before the cabinet along with the interior secretary and director-general of the passport office, rubbished The Sun’s claims of NADRA officials providing forged travel documents.“The British newspaper’s story about NADRA is not based on any evidence. Upon the cabinet’s directives, NADRA will file a lawsuit against the tabloid for maligning Pakistan,” Malik said at a press briefing soon after the meeting.He said NADRA can boast of being the safest registration system in the world and no unauthorized person can access the system.

The Sun, in its story, had claimed that its “man” had been able to get a Pakistani passport on someone else’s particulars. Based on this premise, it said, the “man” could have gotten a visa for the Olympic Games to be held in London through some “corrupt” officials.

The visa, however, was never issued.

As for the claim of the “fake passport,” the charges were rubbished. According to NADRA’s database, The Sun’s “man” is named Mohammad Ali Asad s/o Mohammad Anwer Siddique. His NIC bearing number 35202-2660630-5 was issued on February 6, 2002. It was added that Asad, a former reporter for Daily Khabrain, had immigrated to the UK earlier and had been living there for the past 8-10 years.

His British passport bearing number 506486804 was issued on October 24, 2011, and has the same name and photograph as his NIC. In a discrepancy that conversely takes place on the UK’s side of things, an incorrect place and date of birth is mentioned. Malik said that, though the British security mechanism for the same is quite intricate too, the authorities there were not able to nab Asad.

In any case, Asad, according to authorities, returned to Pakistan on July 8 this year as an undercover man for The Sun. He had booked a room at the Avari Hotel in Lahore from the date of his arrival till July 31.

He personally visited the NADRA office in Baghbanpura on July 10 and had his picture updated in his record. He got his own photo updated rather than getting someone else’s identity as claimed by The Sun’s story. The photo was updated after matching it with his previous photo, it was claimed by officials. On the same basis, he consequently applied for a passport on July 13 which was delivered to him on July 18, it was added. According to officials, no discrepancy took place. – Tribune