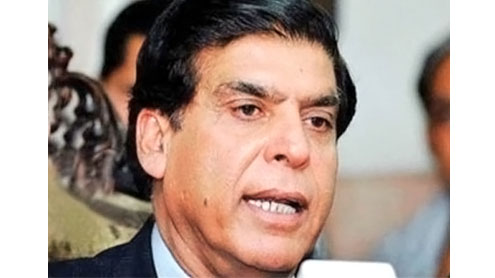 ISLAMABAD: Prime Minister Raja Pervez Ashraf on Tuesday took strong exception to the long hours of load shedding in many areas of the country during the last two days.

Despite the fact that power generation in the country had gone up to around 14,000MW, the people had been facing the level of load shedding when the gap of demand and supply was very wide, the prime minister observed during a high-level meeting of the Energy Committee at the Prime Minister’s House.The meeting was attended by Water and Power Minister Chaudhry Ahmed Mukhtar, Finance Minister Dr Abdul Hafeez Shaikh, Petroleum and Natural Resources Minister Dr Asim Hussain and Information and Broadcasting Minister Qamar Zaman Kaira as well as by the secretaries of relevant ministries.

The prime minister, accompanied by all the participants, left the meeting and paid a surprise visit, without protocol, to the National Power Control Centre (NPCC), Islamabad, to ascertain the exact position of power generation and its distribution.During the visit, he directed the authorities concerned to remove the flaws in the distribution system and make sure that people face the minimum of load shedding as was the case before Ramazan. He further said that there should no load shedding during iftar and sahar times.

The prime minister also summoned a meeting of the All Pakistan Textile Mills Association and the CEOs of DISCOs, to take them into confidence regarding implementation of the minimum load shedding plan keeping in view the added demand of electricity due to the holy month of Ramazan and the continuous hot and humid weather in the country.He directed the petroleum minister to ensure uninterrupted and sufficient supply of fuel oil to the power sector. The supply of available gas should also continue, he directed the minister.

The finance minister said his ministry would continue to extend full financial support to the power sector in order to minimise the gap between the demand and supply of electricity in the country.Meanwhile, in his discussion with Ahmed Yar Hiraj, the prime minister observed that provision of basic facilities to the people in a welfare state was a continuous process and the democratically elected leadership had to remain on their toes to fulfil the people’s requirements. – Dailytimes