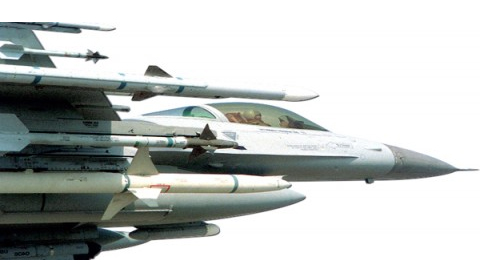 ISLAMABAD – Pakistan is seeking precision-guided munitions (PGMs) from the United States for its F-16 fighter jets to target the hideouts of al Qaeda and Taliban militants in the Tribal Areas, which it believes could replace the US drones program effectively.

The PGMs intend to precisely hit a specific target and Pakistani security circles believe that its fighter planes, equipped with them, could accurately target the militants in North and South Waziristan as well as the rest of tribal regions. However, US officials are of the view that Pakistani fighter jets, even if equipped with PGMs or smart weapons, could not be an effective alternative to its ongoing drone strikes in the Tribal Areas, where they say scores of al Qaeda leaders, including some top militants, have been killed in these assaults.

Pakistan and the United States had been at odds for months until Islamabad reopened NATO supplies to Afghanistan. The talks on Pakistani F-16s being an alternative to drones programme between Islamabad and Washington were also held before the closure of NATO supplies and have resumed after a lull of some months. ISI Director General Gen Zaheerul Islam, who reportedly meets CIA Chief General David Petraeus on August 2, will discuss this issue at length with him at the CIA headquarters in Virginia.

“Islamabad and Washington have been engaged in hectic consultations on possible agreement over the drone strikes in the tribal regions but so far with no success. Some plans have been discussed and the idea of F-16s equipped with smart weapons is one of them,” said a diplomatic source, seeking anonymity.  He said despite the US reluctance, Pakistan believed that once implemented, the plan of better equipped F-16s could phase out the US drone programme that would be also of great advantage to Washington as it would help in lowering of the rising anti-American sentiments in the country.

Another diplomatic source, who is also privy to the ongoing Pakistan-US consultations on counter-terrorism cooperation, said apart from drone strikes, Islamabad was also discussing the increased border coordination between Pakistani, American and Afghan forces with the United States to avert a ‘Salala attack’ like incident in future and General Zaheer’s visit to Washington was part of that dialogue.  He said the US also wanted the return of some of its military personnel to Pakistan for better border coordination and counter-terrorism cooperation, especially the monitoring of anti-terror activities in the border regions. These US military personnel were sent back by Islamabad last year after the relations with Washington became strained.

“The ISI chief will also discuss in detail the vital issue of return of some US military personnel to Pakistan with the CIA director and other American officials during his visit to the US,” he said.  12 militants killed in Upper Orakzai blitz  At least 12 militants were killed and several others injured when security forces backed by fighter jets targeted their hideouts in Upper Orakzai Agency on Sunday. Reports said several militant hideouts were targeted in the Dabori, Zakhtan and Gandi Thal areas by fighter jets.

Four dens of militants were destroyed in the assault. Officials said a number of militants were also injured during the aerial strikes. The military action was initiated a day after a brutal suicide attack on a compound of pro-government militant commander Maulana Mohammad Nabi Hanfi in Speen Thall. Around 14 persons were killed and more than 20 were injured in the attack. Militants have long held shelters in Upper Orakzai, which is adjacent to Tirrah valley of Khyber Agency. These militants have been involved in deadly attacks on security forces and government installations across the region, including in provincial capital Peshawar. -Pakistantoday