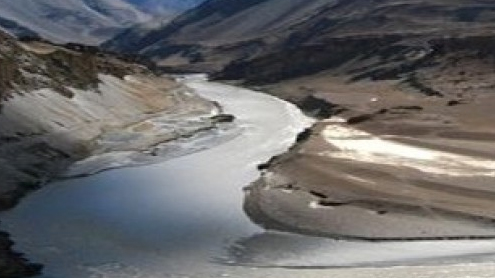 LAHORE: Speakers at a discussion held on Sunday about the Indus Basin Water Treaty between India and Pakistan termed the Indus Water Treaty a ‘unique’ formula.

The talk titled Water Politics in Punjab, organised at the Workers’ Party office, also discussed the involvement of the World Bank in the treaty.  Mushtaq Ahmed Gaadi, a lecturer at the National Institute of Pakistan Studies, said identity and ideology issue were dominant in water politics in Punjab. He said it was essential to understand that canals and dams were integral to modern Punjabi identity.  He said in the past 15 years several irrigation and water projects had been undertaken in the Punjab. However, he said, the irrigation system was unsustainable. In seven years or so years, he said Punjab will be heavily in debt.

Gaadi narrated an instance when he had faced hostility from journalists when he held a press conference to oppose the building of large dams.  Majed Akhtar, a teacher at the Beaconhouse National University, said the involvement of a third party, the World Bank, unusual.  There eastern rivers (Sutlej, Beas and Ravi) were given to India and the three western rivers (Indus, Jhelum and Chenab) to Pakistan. He said a dispute on sharing of river water emerged between the two countries, because no ruling was made about it in the boundary commission award.

“The treaty was finally signed between India and Pakistan in 1960,” he said.  Akhtar said though the western rivers were given to Pakistan, according to the treaty, India still had the right to development works as long as it did not violate the treaty.  “You would think the purpose of the treaty was the protection of the downstream water users. But that was not the case,” he said. The treaty, he added, instead recognised ‘development’ as legitimate.

Mubashir Rizvi, one of the speakers, said riverine communities were losing control over how they identified themselves. A PhD student at the University of Texas at Austin, Rizvi believed that canals and dams were not mere ‘things’ or ‘objects’, but ‘cultural objects in their own right’. He said these states were consolidating its control so identities of the people were at risk. “There are very few ways left in which people can choose to identify themselves,” he said.  Rizvi stressed the need for a public discourse on the subject, adding that the meaning it held for the communities was largely different from those for states and international institution like the World Bank.-Tribune