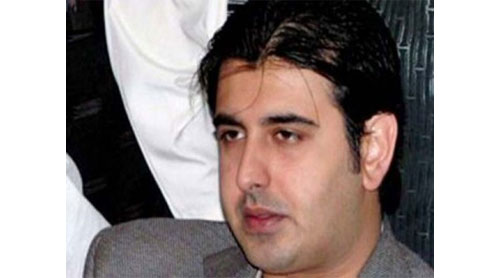 LAHORE: Incumbency factor coupled with the collusion of rightwing political forces, the Pakistan Muslim League-Nawaz (PML-N), Pakistan Tehreek-e-Insaf (PTI) and Jamaat-e-Islami (JI), played a decisive role in the comparatively reduced margin of win for the ruling PPP whose elected prime minister was forced to vacate this seat through a judicial verdict in a contempt of court case by the Supreme Court last month.

Former prime minister Yousaf Raza Gilani had won this seat by a margin of over 34,000 votes in 2008 general elections on a PPP ticket by defeating Sikandar Hayat Bosan of the PML-Q, elder brother of independent candidate Shaukat Hayat Bosan, who had unannounced support from the PML-N, PTI and JI. Sikandar Hayat Bosan fielded his brother in the election since his party, the PTI, has already decided not to take part in bye-elections. However, the PTI unofficially flexes its muscles in the election and allowed its candidate to seek the support of archrival PML-N and to be election partner, the JI.

The neck and neck contest also proved once again the electoral divide of 40:60 between the PPP and the rest of the political forces commonly dubbed as rightwing political forces.The PPP win, though, will be a moral booster for it in the preparation for the next general elections against a joint front of the PML-N, the PTI and the JI, it is bound to ring alarm bells in its circle if the rival camp reached a similar political understanding in the time to come.

The win would help the PPP to up its ante against the judicial decision it claimed to have been coming its way as the real opposition than the actual political opposition from political forces in and outside parliament. The win is second in the run for the party as it manages to help its candidate return to parliament after being faced with a judicial wrath. In the previous case, it was Jamshed Dasti who resigned from his NA seat from Muzaffargarh anticipating a disqualification verdict from the Supreme Court in a bogus degree case.

Following the result of NA-151 from where judicially ousted prime minister Yousaf Raza Gilani’s son Abdul Qadir Gilani won with a narrow margin, the PPP would like to have a triangular contest in the next general elections unlike the worst case scenario it was made to face in Multan on Thursday.The party’s claim as the sole champion of a Saraiki province also caused a severe jolt keeping in view the margin of win for it in the hear of southern Punjab. It was being claimed by former prime minister Gilani that his ouster from the office was a result of his quest for the rights of the people of southern Punjab.

For the opposition forces, particularly the PML-N, which had already unleashed the campaign of seeking a greater political understanding with the archrival, the PTI of Imran Khan, the lesser number of votes polled to the PPP would be an argument it would like to further in its quest to bring the rightwing on a single platform.The PTI, which had so far been rejecting the PML-N proposal for political understanding with contempt, would have two points before it to analyse the elections results in support of its argument for not joing hands with the PML-N.

Firstly; it would claim that its tsunami has started wrecking the political landscape as independent candidate Shaukat Hayat Bosan, younger brother of the party leader Sikandar Hayat Bosan, has narrowed down the winning margin of the PPP candidate so it stands a great chance to single-handedly win the seat in the next general elections.Secondly, the PTI would claim to be the only political force to reckon with in the next general elections and would offer the PML-N to accept the role of junior partner rather than lead partner against a proposed political alliance against the PPP.The party would like to cite its greater political understanding with JI to further its argument of convincing the PML-N on the second argument which would be a remote possibility as the PML-N would not like to accept a political death like this.

This possible political scenario brightens the chances of the ruling PPP to either retain the number of NA seats it had at the moment or may increase its strength in parliament following the next general elections despite a poor show on the count of governance. The PPP win on a seat that fell vacant on account of a highly controversial and much criticised judicial verdict by Supreme Court is not likely to change the party fate in the remaining term in though a triumph for its being in simmering tussle with a pro-active judiciary, yet, in view of the observers, it is unlikely to change the party government’s fate which is likely to be decided in the last week of this month.The SC had already put on notice the new prime minister, Raja Pervez Ashraf, who had to answer in yes or no on July 25 whether he is writing to the Swiss authorities or not on the opening of corruption case against President Asif Zardari.

The defeat of a combination of pro-judiciary political forces, who alleged to have been furthering their politics by camping behind a so-called ‘independent’ judiciary, would be the one point of jubilation in the PPP camp at a time when the PML-N is creating inroads in its bastion Sindh province by reaching political understanding with nationalist forces. In view of the knowledgeable political observers, the Multan contest is a win of democracy by all standards, and political forces who are pursuing politics for the rare democratic transition in the country said to be only few months away from now.To let the democratic transition take place, all constitutional institutions need to show restrain and let the political forces decide destiny of the nation by correcting their political mistakes themselves rather than through apolitical interventions, said the observers. – Dailytimes