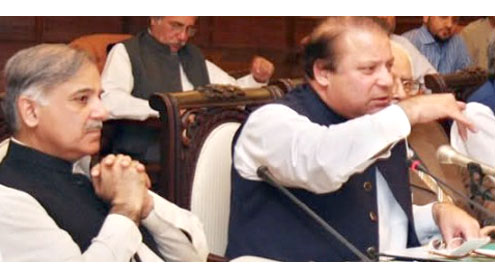 RAWALPINDI: An accountability court in Rawalpindi has reopened references against the Sharif brothers on the recommendations of National Accountability Bureau (NAB) for their involvement in corruption cases.

These references were filed during Gen Pervez Musharraf’s reign but were not taken up by the accountability court for one reason or another. In the past, former deputy prosecutor general, Zulfiqar Bhutta, had also requested the court to hear these references but the hearing was not held. Proceedings in the cases were adjourned sine die by the accountability court in 2001 when the brothers were in exile.

After their return to the country, NAB filed an application in 2007 reopening the cases. The application was accepted but in 2010 the cases were adjourned sine die by the accountability court which directed that the trial could be commenced if an application signed by NAB’s chairman was submitted before the court. The incumbent NAB chairman constituted a special committee to revisit all cases pending against politicians. – PT