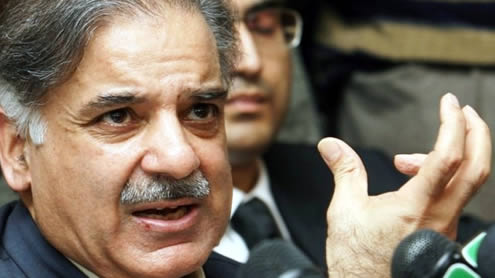 LAHORE – Many may not believe it, but the fact remains that the police in the largest province have badly failed to unearth the militants involved in dozens of acts of terrorism across Punjab during the current tenure of Chief Minister Shahbaz Shahbaz.

According to data collected from different sources, no less than 915 people including security personnel and civilians have been killed in terror strikes, which have taken place in the Punjab province since 2009. A total of 137 people, including 110 civilians, 19 security forces personnel and eight militants, were killed in 20 separate incidents in 2011, as compared with 316 people in 2010 and 422 killed in 2009, reflecting a significant decrease in fatalities.
The police have registered the cases after each incident and launched the investigations, but failed to arrest any of the terrorists or their mastermind since 2009.

Sources revealed that the intelligence agencies, however, captured a few men involved in the bombings or major terror attacks. The intelligence agencies after completing their investigations handed over the arrested terrorists to the police for further interrogations. A senior police officer said on condition of anonymity that controlling terrorism was basically the job of the intelligence agencies. He admitted that the poorly-trained police had not been able to counter terrorism. ‘The police can maintain law and order in general, but are unable to thwart terror strikes,” he added. During the years 2011 and 2012, police in Lahore had conducted more than 100 search operations but failed to capture any terrorist or make any breakthrough.

According to the sources, the search operations proved futile because of ineffective planning, lack of interest of subordinates, non-serious attitude of senior police officers and poor methods applied during door-to-door search. After each major terror strike in Lahore or any other part of Punjab, the police kick off a high-level search operation from late night to pre-dawn, but at the end they catch only a few people involved in social crimes. Either the police have shelved the cases by declaring them as untraceable or a few of the cases are still under investigations with no clue and no breakthrough.

According to partial data compiled by the South Asian Terrorism Portal, three suicide attacks in Punjab had claimed a total of 63 lives in 2011.

The year 2010 had witnessed six such incidents, with 264 people killed. In addition to the suicide attacks were at least 13 bomb blasts in the province, which claimed 94 lives and left 281 injured. In 2010, the number of bomb blasts stood at 20 with 275 fatalities.

In January 2012, the police had claimed the arrest of mastermind behind the Data Darbar bombings. The then police chief claimed that the arrested accused included some aides of suicide bombers. He also admitted that the terrorists were arrested by a joint interrogation team.

In July 2010, Lahore CCPO Aslam Tareen said police had arrested eight members of a group that was involved in attacks on Ahmadiya worship places in Lahore and on Ashura procession in Karachi.

The following are the major terror attacks that took place in the Punjab province in the Shahbaz Shahbaz starting 2009.

January 15: At least 18 mourners were killed and 30 others wounded when a bomb exploded near a procession in Khanpur, Rahim Yar Khan.

April 3: At least 41 PEOPLE were killed and 100 injured in two suicide attacks outside the shrine of Sakhi Sarwar in Dear Ghazi Khan.

March 8: At least 32 innocent people were killed and 125 injured in a car bomb explosion at a gas station in Faisalabad District adjacent to an office of the countryt’s premier Inter-Services Intelligence (ISI) agency.

January 25: A suicide bomber struck at the Ghora Chowk in the Urdu Bazaar area of Lahore, killing at least 10 people, including a woman and three policemen, and injuring at least another 85.

October 25: A bomb explosion at the shrine of Baba Farid in Pakpattan killed at least six innocent people, including three women, and injuring several others.

July 18: Three people were killed and more than 20 others injured when a suicide bomber blew himself up outside an Imambargah in Sargodha

May 31: At least five people, including a woman, were killed when at least four unidentified militants stormed into various wards of Jinnah Hospital in Lahore.

May 29: At least three policemen, including a sub inspector, were killed when unidentified assailants opened indiscriminate fire at a police check-post in the Samanabad area of Lahore.

May 28: At least 95 worshippers were killed and 92 others injured as seven assailants, including three suicide bombers, attacked an Ahmadiya place of worship in the Model Town and Garhi Shahu areas of Lahore.

December 8: A group of three Taliban militants launched a gun, rocket and suicide attack on the office of ISI, killing at least 12 people and injuring several others in Multan.

December 7: Two bomb blasts killed at least 38 innocent people and injured more than 100 at the crowded Moon Market in the Allama Iqbal area of Lahore.

October17: At least eight innocent people were killed and 17 others injured when a suicide bomber exploded himself at a police check-post on the GT Road near the Pakistan Aeronautical Complex in Kamra in Attock District.

October 15: At least 19 people, including 14 security forces personnel, were killed and 41 others sustained injuries in three separate terrorist attacks in Lahore.

The attacks were carried out at the FIA Building on the Temple Road, the Manawan Police Training Centre and the Elite Police Academy on the Bedian Road.

April 5: A suicide bomber blew himself up at the entrance of an Imambargah at Chakwal, killing at least 24 innocent people besides injuring many.

March 30: Eight police recruits and a civilian were killed 10 terrorists attacked the Police Training Centre in Manawan near Lahore with guns and grenades. – Nation