Inexpensive justice a must for peaceful society: shahbaz 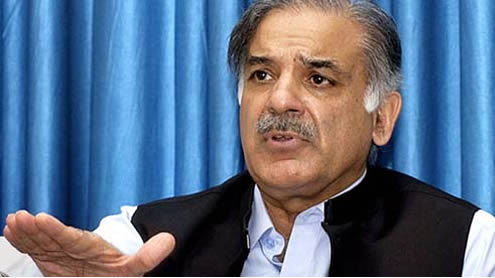 LAHORE: Punjab Chief Minister Shahbaz Sharif has said that provision of justice at the doorsteps of the citizens was essential for establishment of a safe and peaceful society.

He observed that complainants approaching him to get their problems addressed reflected the fact that the system was malfunctioning at the grassroots level. Shahbaz called upon the police officers to ensure protection of life, property and honour of the citizens, besides serving the masses with commitment and dedication. The chief minister was hearing complaints of citizens at his tent office on Thursday. He reviewed the pace of implementation on the directives issued earlier to the police in different cases, and inquired in this regard from the complainants concerned.

Speaking on the occasion, the CM said that nations achieved rapid progress through predominance of law, justice and constitution. “If societies have different yardsticks for the poor and the rich, destruction becomes inevitable.” He said that justice was the fundamental right of every individual, which must be provided to him/her at all cost. He pointed out that the provision of prompt and inexpensive justice was the top priority of the government, for which efficacious steps had been taken. Shahbaz noted that emoluments of police and lower judiciary staff had been increased with a view to enable them to provide justice to the citizens with a complete peace of mind. He said that indiscriminate provision of justice would improve society and the trust of the people would be restored in the police. The CM stressed that it was the foremost responsibility of police to provide justice to the aggrieved without any discrimination and they ought to utilise all their energies for this purpose.

He directed police officers to be polite towards the complainants who come to their offices, and solve their problems speedily. A complainant from Hafizabad met the CM for the second time to apprise him of the headway made with regard to the progress into the case of the murder of his son and nephew. He informed the CM that the culprits had been threatening him and his family, therefore protection should be provided. The CM directed the police authorities to provide complete security to the affected family and bring the culprits back from Dubai to Pakistan to make them face the law. He said that all necessary steps should be taken in this regard. – Dailytimes