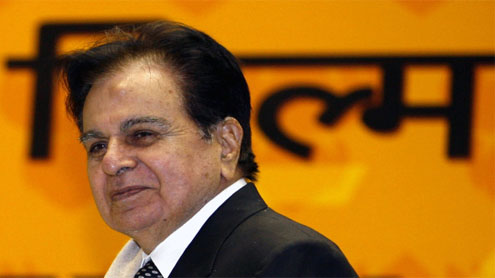 PESHAWAR: The plan of culture department to rehabilitate and preserve the ancestral house of Bollywood icon Dilip Kumar for converting it into a heritage site has been shattered owing to dispute over the ownership of the property.

The culture directorate, set up by the present government to preserve cultural heritage and promote cultural activities, had been planning since February this year to buy the house where legendary actor Dilip Kumar was born. Yousaf Khan, the real name of Dilip Kumar, stayed in the house till the age of 12 before moving to Mumbai with his family.

The culture directorate had planned to bring Dilip Kumar’s personal belongings to the house from India to put the same on display for visitors. Setting up of a library of his films was also planned. However, the plans could not be materialised as government failed to buy the house since many people claimed its ownership.Culture Director Pervez Khan said that government dropped the idea of buying the house after more than one person laid claims on the ownership of the property.“Now there are legal complications and till the time the rightful owner is not known, the directorate would not go ahead with the plan,” he added.

The house is located in Mohalla Khudadad near historic Qissa Khwani Bazaar. Situated at the end of a narrow street, the family house of Dilip Kumar is a dingy building. The present owner, who has possession of the house, has rented it out as a godown. The provincial government, which had been hoping to buy the house at Rs30 million, did not know about complexity of the situation.The current owner claimed that he bought the house about six years ago at a cost of Rs5.1 million and he had legal documents to prove his claim. However, other persons have also come up with claims of ownership.

The culture directorate had even contacted the family members of Dilip Kumar in Peshawar and India and one of them, possessing an authority letter, had informed the directorate that he didn’t know about any sale deal.It is suspected that an old servant of the family had sold the house without informing it.Not only the provincial culture directorate has decided to put this plan on hold but chances of getting possession of the old houses of Bollywood stars Shah Rukh Khan and Raj Kapoor, also located in Peshawar, have been dwindled.

“The extended family of Shah Rukh Khan is living in his ancestral house whereas a local family owning Kapoor’s house is not ready to sell it to the government,” said the director. He said that they had tried to buy those houses after they dropped the idea of buying Dilip Kumar’s ancestral house owing to ownership dispute. But they didn’t succeed, he added.Dilip Kumar and his family left for India about 80 years ago, so there are very few who remember him and nothing in the house being used as a godown can help the visitors to associate the house with the legendary actor.

“The province may lose the last remaining symbolic link with the legendary actor Dilip Kumar as government has decided to stay away from it owing to legal complications,” said a resident of Peshawar. Shakil Waheedullah, representing Bangladesh, Bharat and Pakistan People’s Forum, said that provincial government instead of giving up the idea should gather courage and buy the house of Dilip Kumar. – Dawn