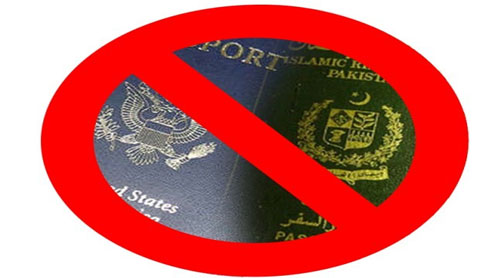 LAHORE: The Pakistan People’s Party (PPP) has finalised the draft of an amendment bill to allow dual nationality holders to become members of parliament under Article 63(1)(c).

The PML-N, which has been backing Supreme Court’s decisions against the PPP government, was earlier not agreed to favour dual nationality holders as parliamentarians. It had also supported court’s decisions of suspending National Assembly memberships of Farahnaz Ispahani and former interior minister Rehman Malik.Sources in the PPP and PML-N said that negotiations between the two parties had been going on over the issue of dual nationality since during the government of former prime minister Yousaf Raza Gilani.

Sources said former religious affairs minister Khursheed Shah had conveyed a message to the PML-N leadership through its leader Khawaja Asif that the party must show flexibility towards amending laws regarding dual nationality. Shah told Asif that Pakistan could lose sympathies of 3.5 million overseas Pakistanis if such an amendment was not made, sources added.

“Such negotiations continued in the new government of Prime Minister Raja Pervez Ashraf and the PML-N has now agreed to the stance of the PPP-led regime,” sources said. They added the party was also facing pressure from some of its members who believed the PML-N could lose support of millions of its voters, both inside and outside the country, if it would not agree to the PPP’s stance.According to sources, overseas offices of the PML-N and other political parties were also pressuring their parties to endorse dual nationality in parliament.

PML-N sources that the party had now given a nod to showing ‘silent support’ to the amendment bill of the PPP-led coalition government in the National Assembly and “it will soon be passed to end ambiguity in the case”.About details of the draft of the proposed amendments, PPP sources said that the word “or” in Article 63(1)(c) of the constitution would be replaced with the word “and” and then the article would be read as “he ceases to be a citizen of Pakistan, and acquires the citizenship of a foreign state…” Sources were hopeful that the bill would be passed with the required two-thirds majority in parliament following consensus among all political parties in the National Assembly and Senate.

The Supreme Court has already suspended the membership of parliament of some of the parliamentarians, including Farahnaz Ispahani, Rehman Malik and Zahid Iqbal.The court has also issued notices to other members of parliament, including Muttahida Qaumi Movement’s MPA from Sindh Nadia Gabol, Farhat Mehmood, Waseem Qadir, Nadeem Khadim and Dr Ashraf Chauhan, ordering them to appear before the court on the issue. – Dailytimes