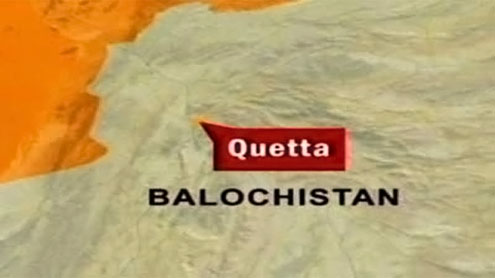 SIBI: At least six people were killed and more than a dozen injured in a bomb blast at Sibi railway station late on Wednesday.

Police said the blast occurred when the Quetta-bound Jaffar Express was on Platform No 2. Sibi SHO Balakh Sher said six people were killed and more than 12 had been injured. Police sources said unidentified men planted explosives at the platform or inside a bogey of the Quetta-bound train. “The bomb was detonated with using a remote control,” police said, adding that most of the victims were train passengers. – PT