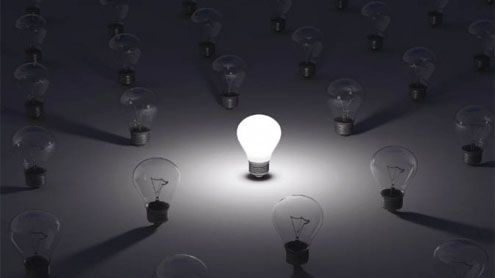 ISLAMABAD: In a bid to shake up the team dealing with the energy crisis, the government on Tuesday terminated the contract of Rasul Mehsud, the controversial managing director of the National Transmission and Dispatch Company (NTDC), and transferred Water and Power Secretary Imtiaz Kazi.

A 20-day standoff between Water and Power Minister Ahmad Mukhtar and Mehsud culminated in the cancelation of the latter’s contract.A decision to this effect was taken after a one-on-one meeting between Prime Minister Raja Pervaiz Ashraf and Mukhtar, said a source in the Prime Minister House.On June 6, the water and power ministry forwarded a summary to then-prime minister Yousaf Raza Gilani to replace Mehsud, the official said.

On June 24, the new premier sent the summary back with a note asking Mukhtar to discuss the matter with him.The outgoing water and power secretary confirmed to The Express Tribune that Mehsud’s contract was canceled on Tuesday. The government took the decision after Mukhtar threatened to leave the ministry.Mehsud, who enjoyed the support of a presidential aide, was held responsible for stalling the reform process in the power sector.

However, according to a senior government functionary, he alone cannot be held responsible as former the then-water and power minister, Defense Minister Naveed Qamar, was equally responsible for making appointments under “political and personal compulsions.”While talking to The Express Tribune, Mehsud denied that he approached the Presidency and bribed officials for retaining ‘the prized post’ of MD NTDC. He refused to comment over his enmity with the water and power minister.After the dissolution of the Pakistan Electric Power Company (Pepco), the NTDC is responsible for the affairs of all power distribution companies.

The government has appointed Zafar Mahmood, who was serving as the commerce secretary and leading the trade normalisation process with India, as the new water and power secretary.According to an official of the Establishment Division, the government has installed its best official as the water and power secretary.Additional Economic Affairs Division secretary Haymatullah Khan has been tipped as new commerce secretary. Khan has already been promoted to Grade-22 and also served in the commerce ministry.

Sources in the commerce ministry said that the trade normalisation process with India has almost been stalled after Pakistan remained unable to win concessions. “We have given more than enough concessions to India but the composite dialogue was not making any progress,” said an official of the ministry.

While Mehsud has been forced to leave the coveted post, another controversial appointee of former water and power minister, Chief Executive Officer of Lahore Electricity Distribution Company Sharafat Sial, is still occupying his position.Sial is holding the charge of CEO despite the fact the Lesco Board of Directors approved the appointment of Amir Zia, a former employee of KESC, as new CEO of Lesco.

With the strong backing of Qamar, former premier Gilani extended Sial’s contract for two years. Sial and Mehsud are said to be close friends and had camped in the capital to save their jobs, according to sources.Mukhtar has also vowed to get rid of Sial but according to an official, he has pended the decision till the close of the financial year.Another controversial appointment by the former water and power minister was that of Sheikh Nazir as the top boss of the Central Power Purchasing Agency. – Thetribune