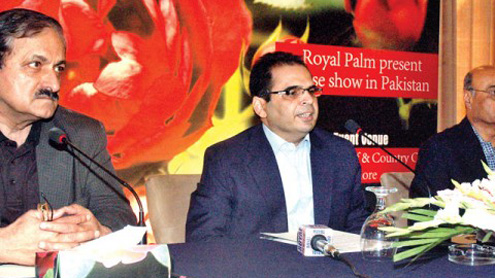 The top bridge players of Lahore will gather at the wonderful atmosphere of the Royal Palm Golf and Country Club Bridge Room for participation in the World Wide Bridge Contest and thereby become a part of this globally hosted event whereby bridge players get an oppurtunity to  compete against bridge players from all over the world,playing at over 300 centres.

In Lahore the event will start on Friday,1st June at 4.30pm and will be contested for two days but each competitor has the option to participate on one day or both the days.This international championship will be a milestone for the skilled and ardent  bridge contenders from Lahore when the two days event commences  on Friday at 4.30pm the Royal Palm bridge tables.

The number of participants in Lahore is expected to be over fifty and includes, the father and son combination of Mirza Shauq and Asfandyar who are considered a mighty combination.Then there are those whose names float in the top tier of players and these accomplished ones are Shoaib Bokhari,Izzat Khalil,alongwith the leading lady of our national bridge scene,Fehmina Hussain.Some other celebrated bridge enthusiasts are Muzzafar Bokhari,Suleman Bokhari,Sajjad Bokhari,Sarfraz Butt and not to forget the graceful Tahira Nasir.Virtually all those competing  will be seen at their very best demonstrating all their acquired competing ingredients like attitude,focus and deep understading of the strategic moves,necessary to emerge as the prominent ones.
With technolgical support readily available through the Ecats Bridge System,the scores will be evaluated within seconds and each  competing pair will be able to know how they have fared and where they stand.The scores uploading from around the world makes the stakeholders a part of the excitement buzz,generated by changing scores.The World Wide Bridge Contest will conclude on 2nd June.The tournament director for Lahore will be Ihsan Qadir who can be contacted at 0342 4330000 for registration.