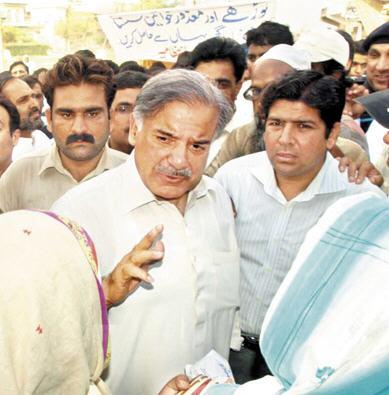 LAHORE – Punjab Chief Minister Shahbaz Sharif has said that the ‘citizen feedback model’ is being enforced in selected districts and its scope will be expanded to all districts of the province.

He said that the model was the best source of getting public opinion regarding government institutions. The model will play a key role for transparency, achieving targets of good governance and further improving the performance of the government departments, he added. The chief minister said this while presiding over a meeting to review the progress on the citizen feedback model on Saturday. Punjab Assembly Deputy Speaker Rana Mashhood Ahmed Khan, senior officers and experts were present on the occasion.

Special Secretary Nabeel Awan gave a briefing regarding aim and objectives and features of the citizen feedback model. The chief minister said the purpose of enforcement of this model was to improve the performance of the government departments by getting feedback from the citizens visiting government offices for resolution of their problems besides restoring confidence of the common man in the government departments. The meeting agreed that the common man would benefit from the model and in this way, a message would also be conveyed to the officials of government departments that a vigilant eye is being kept on their performance and they are answerable to the masses.-Thenation