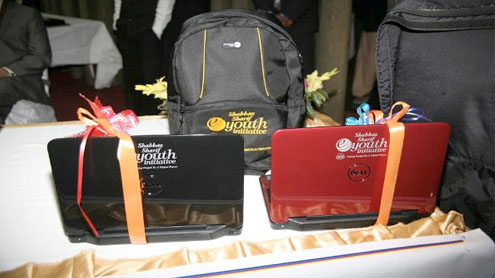 LAHORE: Justice Umar Ata Bandial of the Lahore High Court on Thursday ordered the City District Government Lahore () to reimburse before the budget session the expenses incurred by the Punjab University on a laptop distribution ceremony on March 23, where Punjab Chief Minister Shahbaz Sharif was the chief guest.

A law officer of the CDGL informed the court that the expenditure of Rs 10.61 million incurred on the ceremony would be paid to the university soon. On this, the judge directed him to ensure the payment before the upcoming budget session.The judge observed that funds of students could not be used for political motives. The court was hearing a petition by a local citizen, Chaudhry Nazir Ahmad, challenging the use of university funds for the laptop distribution ceremony.

A law officer had earlier informed the court that the Punjab government had announced bearing the expenses of the ceremony, and the CDGL would reimburse the expenses to the university.The counsel for the petitioner, Aftab Ahmad Bajwa, said in his reply that the CDGL could not bear the expenses and it was not authorised to use its funds for a function based on political projection of a particular party. He said the PML-N leaders delivered political speeches at the laptop distribution ceremony, when the laptops could be distributed among the students by the university itself without staging a political drama.

The judge sought explanation from the CDGL within two weeks, justifying its act of bearing the laptop distribution ceremony’s expenses.The counsel submitted that the PU administration had arranged a ceremony for the distribution of laptops among students on March 23 at the PU’s Quaid-e-Azam Campus. He said that for this function, the vice chancellor sanctioned a supplementary grant of Rs 30 million.He alleged that the VC made this decision without the permission of the PU Syndicate and as such it was an illegal decision. He alleged that the VC arranged the function to oblige Shahbaz Sharif and PML-N President Nawaz Sharif by inviting them as chief guests.

He submitted that banners were displayed in the university along with the photographs of Nawaz Sharif and Shahbaz Sharif, which showed the mala fide intentions of the VC. He further alleged that the VC arranged the function at the Quaid-e-Azam Campus to oblige the chief minister, who had selected him as the VC.He had requested the court to issue directions for the cancellation of the ceremony and order to hold it in an open ground. The counsel also requested the court to issue directions for departmental action against the responsible. – Dailytimes