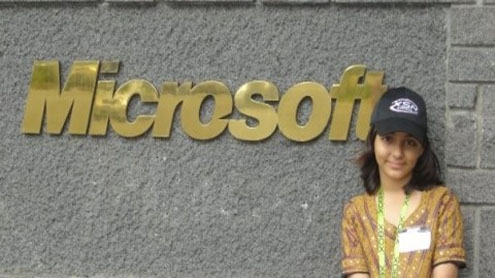 KARACHI: Information Technology Department of Sindh is undertaking two multibillion-rupee mega IT projects, Arfa Karim IT City and Geographical Information System (GIS) for Sindh to promote and develop ICT infrastructure in the province.

This was stated by Sindh Minister for Information Technology Syed Raza Haroon while speaking at the inauguration of 7th Information & Communication Technology Exhibition and Conference at Karachi Expo Centre on Tuesday.“Master plan for this flagship IT project was under preparation as 200 acres of land has been acquired fenced adjacent to Education City while site office is already completed”. This project will be launched next year, he added. Haroon said that GIS will be a model project of Pakistan for creating satellite images of the entire province especially all the land and infrastructure facilities. This project will enable Pakistan to have its footprint on the global IT map.

GIS project will provide technological facilities such as tele-metering of water discharge in rivers and canals, weather forecast, navigation, disaster management, land management to the province.Referring to other IT projects, he said that management information system (MIS) of Civil Hospital has been completed while e-policing project will be completed in June this year. More than 200 cameras have been installed at 40 strategic spots to monitor law and order situation.Similarly, several districts have been connected to IT network of Sindh IT Department through videoconferencing facility where President, Prime Minister, Chief Minister can directly contact with officials.

He highly appreciated the efforts of the organisers Pegasus Consultancy for holding CONNECT on regular basis despite disturbed law and order and economic slow down. Such events give positive signals to outside world about the potentials of Pakistan and improve the image of the country on international scene, he noted.Haroon said he was ready to take delegation of his department to Khyber Pukhtoonkhwa and set up a camp office for supporting IT sector in KPK. Minister of Science and IT, Khyber Pukhtoonkhwa, Mohammad Ayub Khan said that his government was keen to promote IT sector in the province and therefore offer various facilities at 80 per cent discount to IT companies besides providing free Internet connection.

He said that 27 companies have started working in the IT Park in Peshawar while more companies are coming to IT centre in Abbotabad and the government has decided to hire other places to accommodate them.He pointed out that a vast opportunity is available for Pakistani IT companies in neighbouring Afghanistan and said soon he will be taking an IT delegation to Kabul to explore business.Director General IT Azad Jammu Kashmir, Mohammad Sarwar Gondal urged the organisers to also hold similar exhibition in AJK and other remote areas of Pakistan.

Pegasus Consultancy Managing Director Aamir Khanzada in his welcome address said that a knowledge village has been held for universities at the exhibition besides exclusive pavilions of IT departments of Sindh and KPK. He said a conference on IT security will be held on the second day.Later, the ministers visited various stalls after formally inaugurating the show.