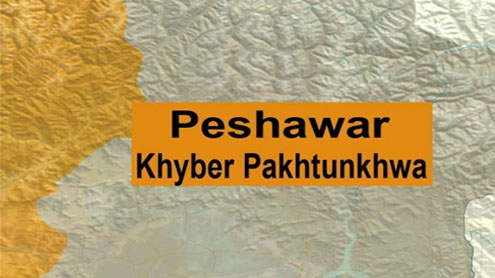 PESHAWAR: The administrations of private schools in Pashto-speaking areas of Khyber Pakhtunkhwa have failed to implement the provincial government’s decision to introduce Pashto as a compulsory subject from class 1 to 6th from the current academic year.

During a survey of private schools by this correspondent the administrations of various private schools even claimed they were unaware of any such orders for introduction of Pashto as compulsory subject.Officials said that the Elementary and Secondary Education (E&SE) department had circulated the notification of a plan to all authorities concerned for implementation. The plan concerning introduction of Pashto/regional languages was approved by the provincial cabinet in May 2011.

In this connection the ANP-led provincial government has also passed Khyber Pakhtunkhwa Regional Languages Authority Act,2011 to provide for the purpose of teaching and promotion of regional languages in the province on January 3, 2012. Pashto has already been introduced as compulsory subject in the government schools of Pashto-speaking areas.However, the education department has not bothered to check whether private schools had implemented the government’s orders or not.

An official in administration of a leading private school, having about 10 branches in Peshawar, Mardan and Charsadda, when asked about the implementation of Pashto as compulsory subject, said: ‘what does it mean?’ He said that the education department had not communicated to them about any such decision. “Oh, I thought it was for the government schools,” the official said, when a copy of the notification, also mentioning private schools, was shown to him.

A principal of a private school located on Kohat Road told Media on condition of anonymity that neither he nor other private schools in the area had implemented Pashto as compulsory subject. Asked why, he said: “you are the first person from whom I am hearing about such a decision of the government.”

When contacted, Private Educational Institutions Management Association’s provincial president Khwaja Yawar Naseer confirmed that they had not introduced Pashto subject in private schools, as the education department had not informed them about any such decision.He said that the education department should have briefed the private schools about how to implement the decision. He claimed that books of Pashto subjects from grade 1 to 6th were also not available in the market.

Board of Intermediate and Secondary Education, Peshawar, chairman Dr Mohammad Shafi Afridi, who is also the head of Regulatory Authority for Private Schools, rejected the claims of private schools administrations and said that the notification had been issued from his office to all private schools in Peshawar, Charsadda, Chitral, Mohamand Agency and Khyber Agency.

Mr Afridi said that he would ensure that all private schools implemented the government decision concerning introduction of Pashto as compulsory subject. He said that stern action would be taken against those who would resist implementation of the government orders.Several booksellers told this correspondent that they had a limited stock of Pashto books in their shops for students of grade 1 to 6th, but no one had come to buy these books.