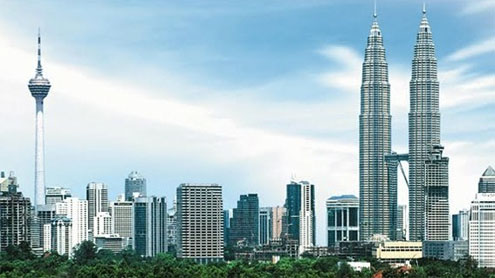 Malaysia and its soul city Kuala Lumpur offer an almost magical mix of tastes, sounds and smells. A true cross-roads of many cultures, it has recently become one of the top 10 most visited destinations on the globe, and for good reason.

With pristine coastlines, picturesque towns, cosmopolitan flair and enviable hospitality, Malaysia opens up to the world with excitement.The Malaysian word for ‘thank you’ – ‘Teremakaseh’ – literally translates as ‘received with love’, which gives visitors a good sense of what to expect once they land on these splendid shores. Malaysia is one of those destinations that has always been somewhat stealthy on the travel radar; one of the reasons it remains so attractive to guests.

Clean, safe and picturesque are standard descriptions here, but the country’s greatest asset are its locals, welcoming tourists with open minds and providing just a glimpse of the hospitality that Malaysia is renowned for.Its capital, Kuala Lumpur, has all the makings of a rock star city: trendy art scene, wild nightlife and heritage you can touch and feel around every street corner. A lush humid paradise of rainforest, rambunctious animals and exotic smells seem to find their way onto every city block; a juxtaposed picture of ultra-modern and old-world.

Outside Malaysia’s iconic city, there is so much more to discover. Dozens of tiny islands on the east and west coasts contain some of the best beaches in the world, including the popular isle of Borneo.With thousands of years of history and colonial past, Malaysia is an amazing example of cultures coming together. Ethnic Malays, Chinese and Indians have managed to maintain a unique harmony here, giving a richer cultural expereince to everyone who makes their way to the dazzling tropical haven.We  go exploring to discover the must-see sights and sounds.

For a crash course in Chinese culture, head over to the Thean Hou Temple. Just a few decades old, it truly personifies the elements of Buddhism, Taoism and Confucianism in a grandiose structure that represents a successful combination of modern architectural techniques and authentic traditional design. It features imposing pillars, spectacular roofs, ornate carvings and intricate embellishments. The front entrance of the temple features a multi-arched gateway with red pillars, the colour symbolic of prosperity and good fortune.

One of the most spectacular sites in the city can be found in the labyrinth that is the Batu Caves, reachable by 272 sweat-drenching steps. At the entrance to the natural wonder stands one of the world’s tallest statues (at 43 metres) drenched in over 300 litres of gold paint. The cave is one of the most popular Hindu shrines outside India, and the limestone formed inside is said to be around 400 million years old. Bask in the enormity of the cave system while feeding one of the many hundreds of playful monkeys that call the mountain home. The Batu Caves inspire the purest imagination of nature and are not to be missed.

BIRDS OF A FEATHER

This town has definitely gone to the birds. Kuala Lumpur’s Bird Park is the largest park of its type in the world with 20 acres of free-flight aviary for the birds to enjoy. Around 3,000 birds live in the park, from the small and vibrantly coloured parrots to the impressive Indian Blue Peacock with its magnificent 1.5-metre-long tail. Stroll through the flamingo pond where you can watch the gorgeous pink creatures patiently sunbathing standing on one leg. A truly encompassing nature experience awaits you here.

The backbone of Malaysian cuisine is its diversity; an amalgamation of Malay, Chinese and Indian flavours that seem to be the strongest unifying link between the country’s three main ethnic groups. Variety is the spice in Malay food and eating has long been considered a noble sport. Delicious creations from Nasi lemak (rice dish cooked in coconut milk) to grilled fish are often served on banana leafs, creating a natural incubator of flavours steamed to perfection. ‘Char Kway Teow’, or ‘stir-fried rice cake strips’ are arguably one of the most popular dishes here. The fried flat rice noodles and soy sauce, served over prawns, chives and eggs, were long considered the ‘poor man’s food’ but have quickly evolved into a national delicacy. You’ll be spoiled for choice with thousands of street vendors serving up the dish in their own unique way.

JEWEL OF A TIME

While the sprawling skyline of Kuala Lumpur dominates the image of Malaysian cosmopolitanism, it’s the state of Melaka that many consider to be the country’s crowning jewel. That’s because Melaka (150 km south east of Kuala Lumpur) is considered Malaysia’s most historic city and is worlds away from the bustling streets of the capital. Recently listed as a UNESCO World Heritage Site, the coastal city was a former colony of the Portuguese, Dutch and British, leaving an eclectic architectural footprint of colourful building facades, picturesque streets and old-time charm. The city holds many hidden treasures including the Sultanate Palace (pictured), a replica of the royal residence that once stood there. The palace museum was built entirely of hardwood without a single nail used, only pegs, and gives visitors a peek into a royal household.  If Kuala Lumpur is the beating heart of Malaysia, Melaka is the embodiment of its spirit.

TAKE BACK THE NIGHT

Most tourists are surprised to find Malaysia incredibly relaxed, laid-back and liberal. That said, Kuala Lumpur’s nightlife is a bit tamer than Bangkok but just as trendy as Dubai. The expat nightlife strip of Bukit Ceylon features an array of watering holes and the city centre, along with some choice urban spots, lights up with excitement at night as crowds of youngsters, revellers and locals frequent clubs, bars and pubs on the streets.

Like most Asian capitals, street shopping in Kuala Lumpur offers tourists an endless array of faux fashion, from handbags to shoes and everything in between. The ‘pasar malam’, or night markets, sprout up – literally – each evening and China Town proves to be a favourite destination for great deals. These open-air markets feature hawker stalls and haggling is a necessity. Street artists and traditional medicine vendors are an especially entertaining sight here. The most popular is the area bounded by Jalan Bukit Bintang, Jalan Sultan Ismail and Jalan Imbi in the vicinity of the hotel belt. Other popular areas are Jalan Tuanku Abdul Rahman, Jalan Ampang, Jalan Cheng Lock, Petaling Street, Jalan H.S. Lee and Bangsar. With a hint of Bangkok in the air, Kuala Lumpur offers a distinct brand of street commercialism ripe with choices. – Khaleejtimes