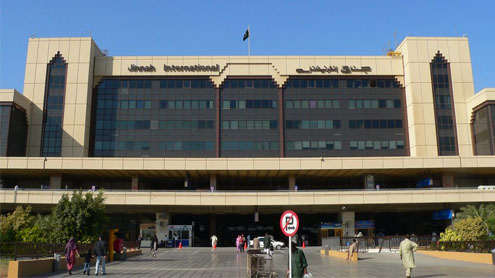 No loss of life was reported as the PIA and Civil Aviation Authority (CAA) officials informed that all passengers had boarded the plane when the aerobridge collapsed. The plane had to take off for Jeddah at 06:00pm but its departure was consequently delayed till 11:30pm. PIA spokesman Sultan Hassan said that there were at least 500 passengers onboard of whom none was injured.

According to CAA spokesman Pervez George, DG CAA Nadeem Khan Yousuf Zai has convened an inquiry committee headed by the Principal Director CAA Airport Services to probe into the incident. “It will submit an investigative report in three days”, he added. – Dailytimes