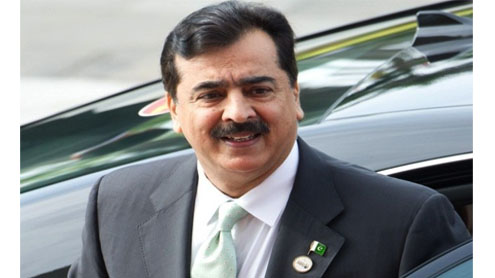 ISLAMABAD: The Supreme Court will announce its verdict in a contempt of court case against Prime Minister Yousaf Raza Gilani on Thursday. During Tuesday’s hearing, the court reserved its judgment, announcing it will unveil it on April 26.

The premier was charged with contempt by the apex court in February for refusing to write to the Swiss authorities to ask them to reopen corruption cases against President Asif Ali Zardari.A seven-member bench, headed by Justice Nasirul Mulk, asked the prime minister’s counsel, Aitzaz Ahsan, to make sure that his client is present before the court on the day.“Ask the prime minister to be here on the day of the judgment,” said Justice Mulk.

The prime minister has appeared twice before in court and has maintained his innocence throughout, saying he had done nothing against the rules of business. Aitzaz, meanwhile, had argued that the bench was not eligible to hear the case as it had taken the notice itself.During the hearing, newly-inducted Attorney General of Pakistan Irfan Qadir, who was meant to perform his duty as prosecutor in the case, argued in favour of the prime minister.

“I made every possibility to see culpability against the prime minister, but despite my best efforts I could not find any culpability against him and charges levelled against him are groundless,” he said, while advising the court to show restraint in the case against the premier.In response, Justice Sarmad Jalal Osmani asked Qadir whether he was preventing the recovery of $70 million from Switzerland, which belongs to the Pakistani nation. “Do you know how many schools, hospitals and colleges can be built from that money,” he asked.

Qadir, however, dismissed it as media hype and asked the court to bar the media from reporting such things. He also asked the court to take notice of a recent interview by Justice (retd) Ramday regarding the case.The attorney general claimed that all cases in Switzerland were closed on merit. He said that the National Reconciliation Ordinance judgment was unique and was not contested due to which the court wrongly passed an order about writing a letter.

However, he made it a point to mention that it was “neither the court’s mistake nor the government’s.” He added that it is a fact that due to the NRO judgment around 8,000 people were condemned unheard, which is against the concept of a fair trial.He said that many innocent people were terminated from their jobs due to the NRO and added that the court did not examine the consequences of the verdict. However, Justice Mulk reminded him that the NRO case has been decided once and for all.

Qadir clearly told the bench that the order of the court to write a letter was not implementable. He also told the court that it could not be proved on record when exactly the prime minister committed contempt. The prime minister, he added, is not answerable to any court of law in his executive matters.Aitzaz, who was asked to rebut Qadir’s arguments if he wanted to do so, went on to add some more points in favour of the prime minister. He reiterated his earlier stance that the same bench hearing the NRO implementation case cannot conduct contempt proceedings.

Echoing Qadir’s stand, the premier’s counsel claimed that cases against President Zardari were closed on merit.The court observed that the cases were closed as a result of former attorney general Malik Qayyum’s ‘illegal’ letter. Aitzaz pointed out that Public Advocate General Geneva confirmed it that after lack of evidence the cases were closed.While concluding the proceedings, Justice Mulk asked Aitzaz if a fresh letter could be written to remove the prevailing controversy in this regard. The counsel however said that till President Zardari is in office, a letter could not be written.

While speaking to the media on the premises of the Supreme Court, Aitzaz said that the attorney general had agreed that according to the current record, the prime minister was not in contempt.He further said that Qadir expressed his opinion to the bench after looking at all the matters, considering the law, facts and incidents and that the decision will now be given by the court.

Asked if the prime minister will appear in person, he said: “I will inform him about it today and he will [God willing] come to court.”He said the maximum punishment the prime minister could face if convicted was six months in prison, but he was hopeful the judges would acquit his client. – Thetribune