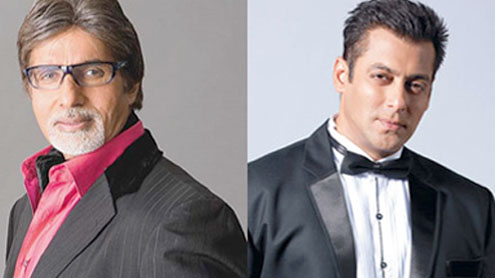 Before coming on stage, Salman preferred to wait in his vanity van till Big B finished his rehearsals.

In showbiz, it is the hardest to live by the adage forgive and forget. No wonder, awkward moments faced by actors make for interesting stories. On Monday evening, actors Amitabh Bachchan and Salman Khan faced one such moment, when they were present at the same time at the venue for the IPL opening night in Chennai.

But, Salman ensured that he kept away from a run-in with Big B, by steering clear from the stage area until the senior actor was finished with his rehearsals. “Since Salman got to the venue around the time Amitabh was rehearsing on the stage, he chose to wait it out in his vanity van before he came on the stage,” says a source. While the two stars do exchange pleasantries when they come face-to-face in public, the Bodyguard hero this time spent time in his vanity van with his crew.

In fact, this isn’t the first time in the recent weeks that Salman has avoided a run-in with someone from the Bachchan parivar. A similar instance occurred at the funeral of Boney Kapoor’s first wife Mona Kapoor. It was reported that Salman apparently waited it out in his car when he learnt that Abhishek Bachchan was inside and made an appearance only when he left. Guess some people need more time to forget the past and move on! – TOI