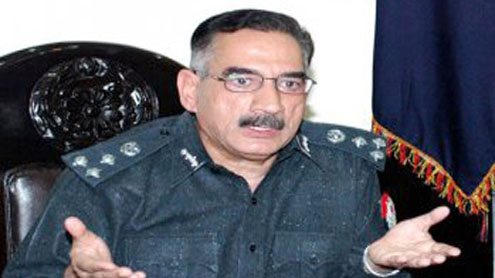 LAHORE: At least 8,000 policemen would be deployed across the provincial metropolis on the occasion of Pakistan Resolution Day, March 23, in order to maintain security, officials said on Wednesday.

According to police spokesperson, the police have been directed to ensure surveillance in the sensitive areas besides checking of all hotels, inns, bus and wagon stands and other public places to ward off any possibility of subversion. The police have also been instructed to make effective arrangements to ensure smooth flow of traffic.

According to CCPO Ahmed Raza Tahir the police would remain on high-alert in order to maintain peace in the City. A special control room has been set up in the office of CCPO for coordination between various agencies to maintain peace.

According to source, Sub Inspector Muhammad Akhtar posted at Shafiqabad police station was receiving Rs5000 bribe from a local identified as Kashif when the ACE team raided and arrested him red-handed. The police have registered a case. – Nation