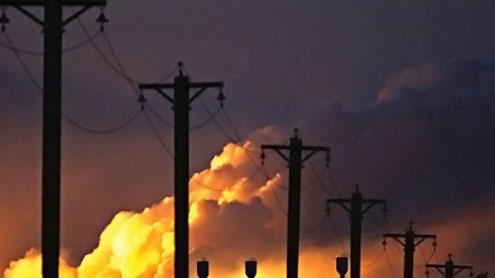 ISLAMABAD: Back to the dark ages – the days of affordable electricity are seemingly over for the common man, as the government on Tuesday tightened the noose around the already economically-crushed people of the country by seeking an unprecedented massive hike in power tariff at the rate of Rs 6.39 per unit under the fuel adjustment charge.

The move is sure to draw a massive uproar from the overburdened masses – who were only recently subjected to a massive hike in fuel prices earlier this month – as evident from countrywide violent protests against the price hike.The country’s inflation figure is already above 11 percent and coupled with soaring commodity prices, it seems the people have been left with little room other than taking to the streets in protest against the government’s anti-people decisions.

The National Electric Power Regulatory Authority (NEPRA) at a public hearing on petitions filed by the Central Power Purchasing Agency (CPPA) agreed to increase the power tariff by Rs 6.39 for four months under the monthly fuel price adjustment mechanism. CPPA had sought an increase of Rs 6.46 per unit.

According to NEPRA, the fresh hike was made due to an increase in furnace oil prices, gas shortage and decrease in hydropower generation during the low hydel power generation winter season.The share of thermal generation was 34.2 percent in October, 31.1 percent in November, 34.1 percent in December 2011 and 31.3 percent in January 2012.Lifeline consumers using up to 50 units per month and consumers of Karachi Electric Supply Company (KESC) will be exempted from the hike in power tariff.

NEPRA Vice Chairman Ghiasuddin Ahmad said the approved hike in power tariff would be recovered from the consumers in monthly bills.However, NEPRA Member from Khyber Pakhtunkhwa Shoukat Ali Kundi opposed the proposed hike, saying there was no justification in passing on the cost of inefficiency, line losses and theft in the power sector to the consumers.

Representatives of CPPA claimed that these costs were not included in the power tariff, but when they were asked to elaborate where did it pile up, they said in the circular debt. Kundi said people were the victims of the burden of circular debt. He mentioned that the government did not bother to improve efficiency of the public sector generation plants which operated on 24 percent efficiency as compared to their operational efficiency of 36 percent during the four months period. He noted with concern that no government department was accountable for the inefficiency, line losses and theft.