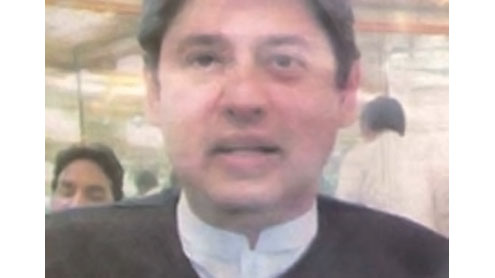 Malik, 35, a jeweler and the President of Barkat Market Traders Union in Garden Town Lahore, was kidnapped by gunmen on August 25, 2010 from his Faisal Town residence. Later a videotape was released by the kidnapers.In the videotape message showing masked militants wielding Kalashnikov in the background, a visibly shaken Amir had stated that his kidnappers wan to be paid a ransom amount of Rs130 million as well as the release of 153 militants being held in various prisons across Pakistan.

Authorities according the tape he was in the custody of the Lashkar-e-Jhangvi (LJ) militants. Amir Malik, renowned businessman of Lahore, was abducted sometime back and shifted to some unknown place where abductors detained him. Taliban had accepted the responsibility to abduction.The task of his recovery was assigned to secret agencies that succeeded in recovering him at the cost of heavy ransom.According to sources, when Amir was recovered from Waziristan near Afghan, he was in traditional dress of shalwar and qamiz. – Nation