1.3m tonnes wheat to be procured in Sindh 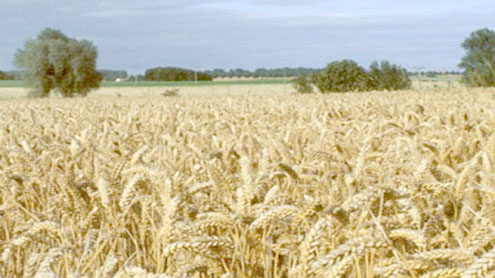 KARACHI – Sindh government has fixed 1.3 million tonnes of wheat procurement and Rs1,050 support price for per 40-kg of wheat crop for 2012.

The decision was taken at a high level meeting of Food Department held with Sindh Chief Minister Qaim Ali Shah in the chair at the CM house here on Tuesday.The meeting took decision of fixing target of 1.3 million metric tonnes wheat for wheat procurement crop while the support price by was fixed as Rs1050 per 40-kg. It was decided that the process of procurement of wheat will be started immediately for which 388 wheat procurement centres are being established throughout the province.Rangers will be deployed during procurement and borders with Balochistan will be sealed particularly the Karachi-Hub and Jacobabad borders.

It was further informed that the support price for subsequent three years each was Rs950 per 40kgs. This year, the Sindh government has approved support price of Rs1,050 per 40-kg.Regarding wheat stock position, the meeting was informed that the wheat stock on July 1, 2011 was 15,38,219 tonnes, out of which 12,01,019 tonnes was released up to March 11, 2012. At present, there is a balance of 2,75,845 tonnes of wheat with provincial food department.

Tags: Sindh governmentwheat to be procured in Sindh
Previous Post