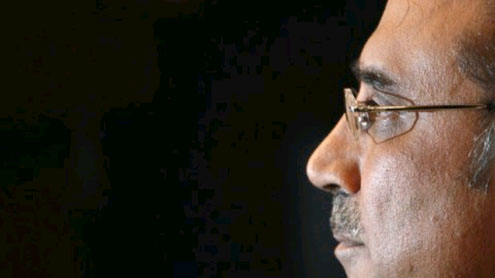 ISLAMABAD: President Asif Ali Zardari on Monday ruled out the possibility that “element of money” worked in the Senate elections in the Punjab Assembly, saying that it was laxity on the part of the party’s members of the National Assembly (MNAs) who could not maintain liaison with their colleagues in the Punjab Assembly.

However, he assured a meeting of the core group of the Pakistan People’s Party (PPP) that stern action would be taken against party members of Punjab Assembly who had defected in the Senate elections resulting in the defeat of the party’s nominee, Aslam Gill.A source told Pakistan Today that the president was of the opinion that Mohsin Leghari won the Senate seat because of his public relations and conduct. The president told the MNAs present in the meeting that they had not worked closely with the MPAs and this was the reason that a party candidate lost the seat.

The source said that the president further told the meeting that an enquiry would be conducted into the defeat of Gill, which he said, had demoralised party workers in Punjab in general and in Lahore specifically.He said the president also discussed some probable names for the appointment of chairman and deputy chairman of the Senate. He also informed the meeting that some demands were being made by the coalition partners of the PPP for these Senate slots.

“The core committee was informed that Awami National Party and BNP-Awami had sought the slot of deputy chairman, which was likely to be given to Balochistan. Meanwhile, the PML-Q is also vying for chairman or deputy chairman’s slot,” the source said, adding that the core committee authorised the president, who is also the party’s co-chairman, to make appropriate decisions in this regard.

The source said some PPP leaders were of the view that keeping in view the sensitivity of the office of Senate chairman, this slot should be kept by the PPP, but any nominee from allied parties could be accommodated for the deputy chairman’s office.The meeting also believed that allies should be accommodated in appointments of chairmen of various standing committees of the Senate, the source added.The president informed the meeting that the heads of allied parties would be consulted and they would be assured that their requests would be accommodated as the PPP wanted a long-term coalition with their parties, the source said.

Briefing reporters about the meeting, president’s spokesman Farhatullah Babar said the political situation, with particular focus on the post-Senate elections situation, was discussed during the meeting.Minister for Water and Power Naveed Qamar briefed the meeting about the energy situation in the country, while Minister for Interior Rehman Malik gave a briefing on the overall law and order situation across country, including the situation in Balochistan and the Kohistan bus firing incident.

The participants of the meeting reposed full confidence in the leadership of President Asif Ali Zardari and Prime Minister Yousaf Raza Gilani.Sources said that during the meeting, Zardari praised incumbent Senate Chairman Farooq Naik’s services for the party and said that he would now be accommodated “somewhere better”.They said that important names considered for the Senate chairman’s seat included those of Aitzaz Ahsan, Babar Awan and Mian Raza Rabbani. They said Aitzaz was also being considered to head the Law Ministry, but he himself was not interested in the post.

However, Awan and Rabbani were keenly vying to get the Law Ministry and in case Aitzaz was made the Senate chairman, the Law Ministry could fall into Awan’s or Rabbani’s lap.The sources added that Farooq Naik could also become a strong candidate for the law minister after Zardari hinted at using him some place “better”.Meanwhile, a private TV channel reported that the PPP had removed Raja Riaz from his position as the opposition leader in Punjab after Gill’s Senate defeat.

However, sources said no such decision was made in the core committee meeting, as it was decided that no change would happen in Punjab until the PPP committee probing the alleged horse trading in Senate elections in Punjab finalised its investigation. – PT