The Godfather returns to theatres, thankfully not in 3D 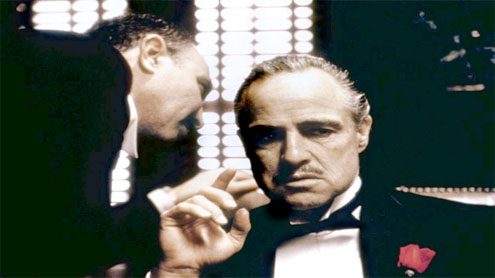 LOS ANGELES: After all the announcements about your favourite films being converted into 3D for rich re-release paydays, you may have resigned yourself to the idea that studios could no longer execute a graceful theatrical encore.

Thankfully, Paramount is resisting the trend this week with its tasteful plan to celebrate the 40th anniversary of ‘The Godfather’. In stark contrast to the epic re-release extravaganza surrounding James Cameron’s ‘Titanic’ 3D on April 4 (and pre-re-release screenings on Valentine’s Day), Paramount has teamed with the Cinemark Theater chain to show Francis Ford Coppola’s Mafia masterpiece for one day only.

On March 1, Cinemark will feature a restored version of the Oscar-winning picture at 55 locations in the US. Although ‘The Godfather’ will not offer any of the 3D bells and whistles of ‘The Lion King’ or ‘Star Wars Episode I: The Phantom Menace’ re-releases, it’s been painstakingly restored by its original cinematographer, Gordon Willis, and archivist Robert Harris, and enhanced with a 5.1 digital surround-sound remaster. – PT

OBL was not buried at sea: Stratfor