Family Pvt Ltd: Most Pakistani businesses ‘corporate’ in name only 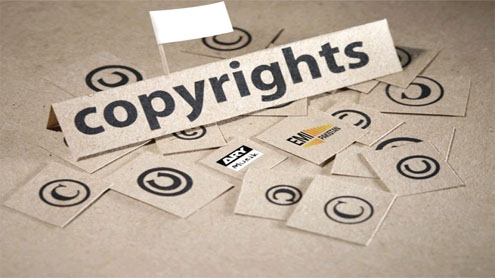 KARACHI: In Pakistan business organisations seem to fall into a typical pattern which, more often than not, tends to be rigid and restrictive, resulting in retarded growth and inadequate utilisation of technical, financial and managerial resource.

Let us see what typical pattern a small business follows from conception to its peak and, eventually, disintegration.As elsewhere in the world, a private business is usually conceived and initiated by one or sometimes two or three individuals. They take up an idea or a project and act as all-rounder until they reach a stage where they can afford to hire outside help. However, this outside help is employed to perform only specific, skilled, semi skilled or unskilled functions. The management and control of the business invariably remains totally in the hands of the founders or their brothers, sons or other family members.

Barring extraordinary setbacks, the business, over the years, acquires success and visible prosperity for the founders. They may branch out into a few units either based on the types of business, or different functions of the same business eg manufacturing, marketing, domestic, or foreign trade etc. Typically, in our country these units or functions are always controlled by the family members, irrespective of their ability or suitability.

Another typical feature observed in Pakistani companies (even among those organizations that branch-out overseas), is that the number of these units or subdivisions, somehow, is directly proportional to the number of family members available to control them. Delegation of power does take place but never beyond a very safe limit.

Sadly, after this point, cracks start appearing in the organisation and eventually disintegration takes place. The organisation, which took-off impressively, starts breaking into smaller units. The smaller units (those that survive the break-up) then seem to enter the same cycle of growth as the mother organisation, and history starts repeating itself once again.

This is the stage where they should actually consolidate and explore bigger avenues for growth. To illustrate the point we look at some examples in conventional fields, which are not based on high technology.McDonald’s fast food was founded by one man with one outlet. Mainly through effective and efficient management, it has turned into a worldwide network of thousands of profitable branches or franchises. So far local brands have not been able to emulate this except with limited success. Take Bundu Khan for instance. The branches we see are not branches but independent ‘splinter groups’.

In the final analysis, it is the attitude and approach of the top management of an organisation, which is ultimately responsible for its success and integrated growth, or the lack of it. Although external factors also play a role especially in our country.One of the major factors that inhibit organisational growth in Pakistan is insecurity.  Businessmen are afraid of losing their business if they allow outsiders to acquire too much power. Most of the small and medium businesses have to, out of necessity, keep substantial part of their business secretive. Not always because their intentions are bad, but because they do not have any legal recourse in case somebody tried to exploit them.

That threat comes from both the competition and the authorities. Lack of protection for brand names and copyrights (not for foreign brands but local ones) is one such area. Therefore, a fundamental need for the growth of small and medium business in Pakistan is access to a transparent justice system which can provide the security of ensuring that contracts are honoured (cheques too!), and business ethics in dealing amongst themselves as well as customers, is ensured.

Looking at the internal causes that hamper growth, our cultural outlook is an important factor too. Somehow, the feudal mentality and colonial grandeur are very deeply rooted in our psyche. Many businessmen start viewing their business as literally their ‘kingdom’, some even start considering their employees as their personal property. ‘Monarchy’ is going out of fashion in business just as in politics because it is not good for business.

When the head of one of the largest hotel chains in Pakistan [Hashwani] was asked what he felt was the biggest reason for his success and his organisation’s greatest strength, his reply was, “Our employees.”The contributor writes on socioeconomics and has a background in trading and exports in the private sector. – Thetribune

Capacity building: Changing lives, one woman at a time

Capacity building: Changing lives, one woman at a time