UAE and Pakistan to settle $2.6b telco deal 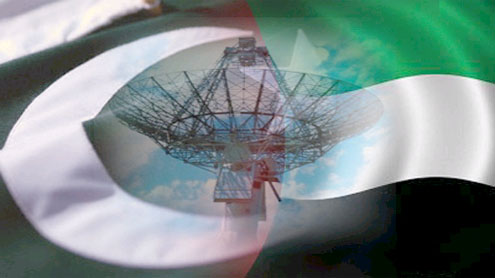 DUBAI: The UAE and Pakistan will soon find an amicable solution to a standoff on final payment of a $2.6 billion telecom deal under which Emirates Telecommunication Corporation, or etisalat, acquired 26 per cent stake in Pakistan Telecommunication Company Limited, or PTCL, with management rights in 2006, a top official said.

“The two countries have agreed a mechanism to settle the long-standing dispute and the remaining payment of over $800 million will be settled within weeks,” Dr Mirza Ikhtiar Baig, advisor to Pakistan’s prime minister on textile and chairman of Pak-UAE Business Council, told Khaleej Times in an interview.Etisalat signed an agreement in 2006 to buy a 26 per cent stake in PTCL with management control for $2.6 billion.

It paid $1.4 billion up front, as per the agreement, and the remaining $1.2 billion were to be paid in six equal biannual instalments. More than $800 million is still pending as the government of Pakistan failed to transfer the properties to PTCL due to various reasons.

Dr Baig said the two sides appreciated and acknowledged the need to expedite the implementation of the provision of the legal framework under which the PTCL privatisation was undertaken including the transfer the properties in the name of PTCL to enable the parties to close the subject of pending payments.“We proposed an out of the box solution to this longstanding dispute and hopefully the issue will be settled soon,” he said.

Elaborating, Dr Baig said the government of Pakistan was unable to transfer about 136 properties to PTCL due to encroachments and legal cases. “Now, we have evaluated the market price of the disputed properties and this amount will be deducted from the pending final payment of the $2.6 billion deal signed in 2006,” he said.“There is still a difference of opinion on evaluated market price of the disputed properties. The UAE side will soon submit its report and the issue will be resolved within weeks,” he added. According to a source, the list of disputed properties has been reduced to less than 20 from 136.

“There were only two main properties in major Pakistani cities in the disputed list and the rest have already been cleared,” he said.To a question, Dr Baig said Pakistan has evaluated $70 million market price for the disputed plots. “It has been decided in principle that the agreed market price of disputed properties will be deducted from the pending final payment.”He said the Federal Board of Revenue in Pakistan will take up the UAE request for exemption of its revenue/income from withholding tax as per the provisions of the law. – Khaleejnews