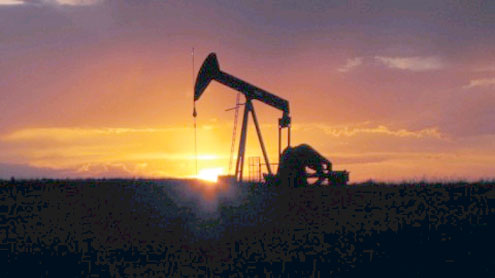 The combine production of these two wells, one in Nashper dug by Oil and Gas Development Authority (OGDCL) and the other by Hungarian company MOL in Markori, is projected at 40,000 barrels a day by the end of the current year.The total oil consumption in the country is 380,000 barrels a day, while the current local production is 67,000 barrels a day.Petroleum Minister Dr Asim Hussain, who has been actively pushing for more oil discoveries, is expected to make a formal announcement in a couple of days.

In the gas sector, a source told Media that the Pakistan-Iran gas pipeline project was finally set to take off today (Thursday) with the tenders being called.After India pulled out from the project, Pakistan and Iran stuck to it and Iran has already laid down the pipeline on its side of the border. With both sides disregarding any outside pressure, Pakistan also moved forward practically by calling tenders.It has been learnt that government had decided to generate the required funds from its own resources, as China was not interested in investing in the project. – PT